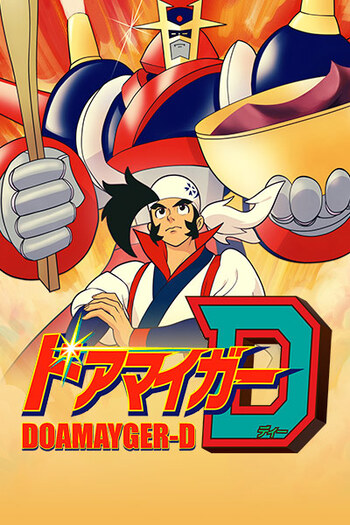 With the 2020 Tokyo Olympic Games around the corner, there's also a worldwide sushi boom. In order to deal with all the bastardized sushi out there, the Japanese Government's urgent response is to team up with other ruling powers around the world to establish the WFCO (World Food-culture Conservation Organization) to protect and promote authentic local cuisine. And so the World Food-Culture Conservation Organization (WFCO), deploys its 9th Division to oversee Japanese cuisine abroad. The 9th Division, a.k.a. Sushi Police, is notorious for their aggressive conduct and they hassle anyone serving unauthentic Japanese food in the U.S., Russia, France, China, etc. They will resort to any means necessary to eliminate bad sushi. Soon they are despised by restaurant proprietors around the world.

In 2014, aliens suddenly appear on earth and propose to trade humanoid robots called ""EXOFRAMES"" for a small price. The outstanding versatility and exceedingly low cost of the alien technology is immediately put to use in industries and battlefields across the globe. Beyond pre-existing weapons, even the existing social order seemingly become obsolete.