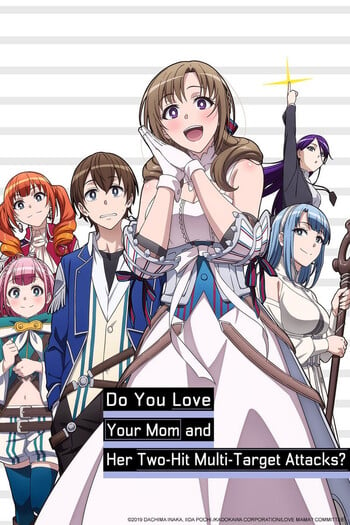 The Boy Thought He Was Embarking on a Great Adventure… But, Uh, What’s Going on Here?

It’s Just a Coincidence They’re All Girls. Got That? Wipe That Smirk Off Your Face.

Underwear is Armor. Make Sure It’s High in Defense. Otherwise, My Son Might Die!

Kids Are Kids and Parents Are Parents (but Also Human Beings), and It Takes All Kinds, but They Get Through It Together, Right?

This is a Territory for Children, Filled With Hopes and Dreams. For Children. That's the Important Part!

What a Beautiful Girl... Wait, Not You, Mom. Don't Get Near Me in That Outfit, Stop!

Students are the Protagonists of a School Festival. But People Wearing School Uniforms are Included, Too.

If I Say Nothing, It Won't Be Heard, But If I Say Something, It'll Be a Critical Hit. It Sucks Being a Family.

Whoa, There's a Pressure Plate in a Place Like This. Well, I'm Not Stepping On It. No, I'm Saying I Won't!

The With Mommy Guild Welcomes All! ...Wait, It's a Bunch of Uninvited Guests!

I Hoped Against Hope the Wish Would Not Be Granted. But It Totally Was.

When Do You Love Your Mom and Her Two-Hit Multi-Target Attacks? was originally announced, it sounded like it could have potential to be something off-key, but refreshing as well. That ended up not being the case. It's your typical, mundane Isekai anime except with an overpowered, slightly oblivious MILF with Huge Breasts, Mamako Oosuki, as the main protagonist. Story:  2/10 Our epic tale begins with Masato filling out a rather strange survey, asking questions about himself and his relationship with his mother. Shortly afterwards a game distributor, Shirase, of a unique online MMMMMORPG offers to take Mamako and her son, Masato, into the game world itself and to cooperatively play together as mother and son. So begins the basis of the anime; mothers and children play alongside each other in the hopes of developing stronger relationships with each other. What ends up happening far too often!? Lots of Ecchi with both the sexualization of mothers and some of the relationships they have with their children. It's gross. That's all I can say. When you have a mother shouting out things like "Mommy's wearing a thong today" or "Oh, you can't join a mommy and her son in the bath? Guess you can't be my daughter after all...," then there's going to be some issues and potential for concern. Personally, I found it distasteful, disgusting, and unnecessary, regardless if the characters are somewhat self-aware of themselves and the storyline. The anime is rife with mom puns, which can get old quickly. Some examples include:  A - Masato's mom (Mamako Oosuki), B - MMMMMORPG (Mom's Massively Maternal Multiplayer Making-up-with Offspring Role Playing Game), C - Game's setting (Kingdom of Mommalia), and D - Currency (Mam). These running jokes are only funny for so long. Animation:  4/10 For an anime, both the art and animation are below average. For the J.C. Staff studio, it's horrible. The characters are too simple and bland looking with no originality, especially for a supposed isekai video gaming world. The same can be said about the background images as well. The overall color scheme used for both is unimpressive most of the time.    Sound:  5/10 The music of the OP gets annoying after the first couple of episodes. The ED music is forgettable. The music and sound effects during the episodes are acceptable. They don't impress but they are noticeable, usually. Characters:  4/10 They are a varied bunch, but not in a very positive way. Masato starts off as a selfish, self-absorbed brat for a son who treats his mother poorly. Thank goodness he slowly but eventually improves little by little. Wise is an accident prone, Hot-Headed sage. Porter is a younger, lolita type who is cute and innocent. Lastly, Medy rounds out the main party. She's a semi-sadistic, bipolar personality that is easily both likeable and unlikeable. The saving grace for not only the cast of characters, but the anime itself!? Masato's mom, Mamako, is one of the surprisingly better characters in this anime, despite some of the disturbing things she says in earlier episodes, and especially for a Parody anime such as this is in general. She's an Eternal Optimist who always puts her son and the hearts of the other mother-child relationships first and foremost. That aspect of her character is a pleasant welcome and is somewhat refreshing. Overall:  17/50 Behind the trope loaded, rather disturbing MILF complex that Masato has for his mother, there is some actual heart to the anime. Mamako is an endearing mother who is hard not to like, and not because of her physical attributes either; although, they are indeed splendid. Sadly however, there are so many other issues with it that she and her heart-felt moments cannot possibly hope to save this anime from being the sometimes too disgusting, unrecommendable rubbish that it is. I expect much better from J.C. Staff. Entertainment Score:  5/10 Achievement Score:  -3 to Overall My expectations were Low, and it delivered Slightly Below those expectations. 2️⃣Weighted Average System Score: (6 + 4 + 5 + 12 + 10 - 3 = 34/100 points) Age Rating:  TV-14+ (Distasteful Ecchi and sexual innuendo) Additional Information: Video Format:  HD Streaming Audio Format:  Japanese with English subtitles Publisher:  Crunchyroll Equipment Used:  Acer AN515-53-55G9 Nitro 5 Laptop

I absolutely despise this anime. That runty lil' bitch (the main character) treats his Mum like dirt even though she's legit so nice to him, and the Mum doesn't do jack shit about it except pout or cry as if she doesn't have the right to beat the absolute shit out of his ungrateful arse. I'm just a lowly teenager who would be downright murdered if I so much as breath angrily around my Mum... BUT I'd rather jump off a cliff, break every damn bone in my body, STILL survive, and be forced to watch Boku no Pico for the rest of my life than say anything remotely as offensive as what that prick says to his Mum. I'm sorry to the creators of this anime for insulting their hard work, BUT it's just a big fat NO from me. Of course, everyone has a right to their own opinion, so whether this floats your boat or not is up to you, but the blatant disrespect towards the MC's Mum is just too much (it may be for the sake of the anime, but no - just no). You may think I'm taking the anime too seriously, but treating hard-working Mothers like shit isn't a nice thing to watch.  ...great animation though.

I personally enjoyed this anime. There seems to be this pattern that anime with these long rediculous titles are going to be about modern people going to a fantasy realm with lots of comedy.  This anime doesn't feel story based, just, fun. That's it really and it doesn't need to be anything else. I don't think an anime needs to have some flawless story with good characters, and everything is just perfect for it to be a good anime. Sometimes a good anime can just be good because its simply funny.  "Do You Love Your Mom and Her Two-Hit-Multi-Target Attacks" Is literally about a boy who thinks his mom is "too clingy" but his mom wants to get to know him better and they play this "Mommy son playtime" RPG that sends them into the game until they start to get along and the Mom is an OP duel weilder who has no clue what she is doing.  It is funny, cute, and there are some scenes that get a lil weird but doesnt any anime with a big tiddy anime girl get a lil weird?  9 Out of 10 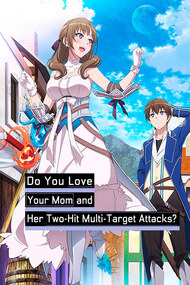 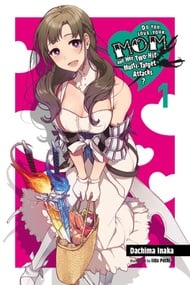 Do You Love Your Mom and Her Two-Hit Multi-Target Attacks? (Light Novel) 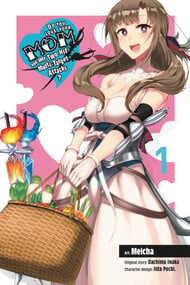