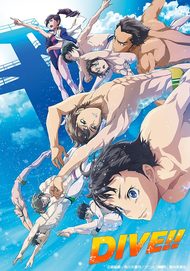 Overall this anime tried to do something different with the genre but didn't see it through well enough. It has one-dimensional characters with a skeletal plot that took the warm fuzzies of a good sports anime and replaced it with a black void of nothingness.  Story This anime tried to subvert the tropes and failed. By focusing on an individual sport rather than a team one, like most sports anime, the show tried to tackle some very interesting themes about the mental stress and social costs of being an athlete. the problem is they were overly blunt and simplistic with this message. Rather than exploring the subtleties of different relationships, by present all of them as a clear negative cost of being an athlete. Furthermore, the possible good of these relationships, the things about them that give them narrative weight, the meaning they had to the characters before they were lost, are never really developed. Instead, the series focuses more on the loss of them, which gives the loss itself a lot less meaning and narrative weight. Because of this poor focus on loss, the feel-good nature of a lot of sports anime is missing from this one. Instead of a heartwarming tale of how to overcome adversity together, the message becomes that you have to give up being nice, caring about people, or having any meaningful relationship if you want to be good and win.  The goal and the attainment of that goal also felt unrealistic. Part of the reason for this is because the nuances of the sport are never really explained. How many divers are there in Japan? What other clubs have produced Olympic divers in the past? What makes a dive hard or dynamic? How is diving scored? None of these questions are answered and it leaves the viewer fumbling to understand the level of challenge the characters face or how much they are able to grow.  Animation Overall the animation isn't bad. I think they did a good job making the dives look interesting, and they deserve credit for that. My main problem with it is that they animated the pool water reflecting off the characters' skin. I'm not sure why they did that, the skin is not usually a reflective surface, but I almost always found it distracting. Instead of creating the atmosphere that the characters were around a pool, it made it feel like they were crappy holograms that you could stick your arm through. Also because this is so often compared to Free, I feel like I have to make mention here of the hotness of the characters, who do in fact spend a good 60% or more of the show shirtless in speedos. If this is not why you are considering watching this anime feel free to skip this paragraph. Honestly, I don't find their faces as good looking as the guys in Free, but that might just be a personal choice. However, they are by no means ugly and they are all very ripped. My main problem with watching this for the hot guys is that the main character is in middle school, which (as I'm currently a college student) makes me feel like a sex offender if I check him out. If you don't mind that, it is fit guys in speedos, so... Characters At times I found the characters in this show physically painful to watch. The most fleshed-out characters of the show were defined solely by their goal with maybe a nod to the backstory that caused them to come up with that goal. They had maybe one main character trait related to how they try to achieve said goal. The side characters don't even get that much. They are cardboard cutouts defined by nothing except their two-second interactions with the main characters. Furthermore, the main character's motivation makes no sense. He wants to "defy limits" because he feels trapped, but never once does the series do anything to show us why he feels that way. Overall, the characters just make me mad, but at least a few of them have clear goals, so there's that.  This review is written for Secret Santa 2019, which is a cool and fun thing, despite the fact that I didn't like the anime recommended to me. I 10/10 recommend participating in Secret Santa, but I do not recommend watching this anime unless you like to hate things.

Honestly I liked it. I watched it a long time ago and I liked it. I'm not one to give detailed reviews because honestly I'm not the type of person to really pay attention. I just watch it and if I like it, I like it. Sure there are things that are bad, and sure it wasn't the best, but it's not like every anime will be absolutely amazing. I'm getting off track, anyways watch it if you want.

This was not for me. I thought I would give it a try since I've never watched a sport anime ab diving, but omg this was not it. I thought the pacing was so wiered. The characters were not that intresting, and there where way to many " inspiring spechees ". i couldn't finish it even tho I tried my best. But ofc there was some good parts of the anime. The animation was pretty ok and the sound to. But I would not recomend this to anyone. 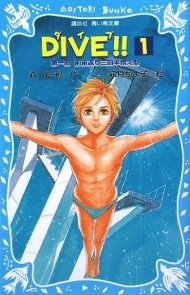 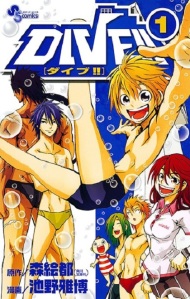 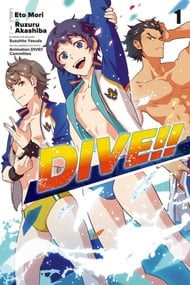