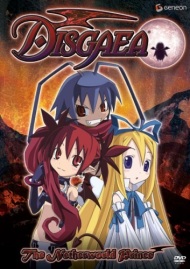 Okay unpopular opinion--I actually think this is a really good show. I know a lot of people knock the Disgaea anime because it just doesn't do the game justice, but really, it's just...different, while keeping the most important things that made the game so likeable intact. -STORY-If you know the story of the game, then you know the story of the anime. Sort of. They switched a lot of the events around so it's a bit out of order, but the basic premise is the same. The most noticeable differences are introducing the Defender of Earth trio right off the bat, and moving the red moon scene back to later in the story. For those of you who are uninitiated, Disgaea is the story of a young demon prince named Laharl fighting his way through all sorts of guys looking to sit on the throne so he can take his rightful place in the Netherworld as the Overlord. But he ends up with a lot more on his plate than he bargained for. The story is quirky, fun, and unexpectedly heartwarming, just like it was in the game, and I absolutely love the way it portrays the whole 'demons and angels' theme. I always like it when a series goes with 'not all demons are evil, not all angels are good' without getting preachy about it.  And let me tell you, the red moon scene was done SO well in this show. SO WELL. I have so many emotions about it. -ANIMATION-The animation is crisp and clean, and, while it's not the best, its certainly not distracting and it's very cute. I think it captures the feel of the series very well.-SOUND-*Music* -The anime uses several tracks from the game and adds several new ones. One of the strong points of Disgaea as a video game was its music, and the same holds true for the anime adaptation. The game's music is still better done, but the anime soundtrack is solid enough that it's one of the few anime soundtracks I'd be willing to listen to even outside of the show itself.  *Voices* - The voice acting is all super hammy and over the top. Normally this would be a huge turn-off, but it works well for the tone of the series and adds to the experience. The sound quality is good and all the voices, overdone as they may be, do fit the characters well.-CHARACTERS-The characters all all delightfully over the top. While the character development is nowhere on par with the game's, resulting in the characters being a little more two dimensional, it doesn't detract from them much because they're all just so fun, interesting, and distinct. Overall, this show is a fun and cute show that's never boring and definitely worth watching. It's got a story that's simple, but still deeper than it appears at first. It's a little on the short side, which is a shame, they probably could have done it more justice if they'd made more episodes and didnt have to cram so much in, but all in all they did a very good job in making an anime adaptation of Disgaea and I would rewatch it anytime in a heartbeat. Erm let me qualify that though. There are some VERY SIGNIFICANT factual deviations from the story and that may be off putting to some people. But the anime remained true to the heart and the feel of the series and I have always felt like that is more important than sticking to the facts. I've seen far too many representations that faithfully recreated all the events and things that happened in a story but left out the soul. Here, the soul is the same and I think that's a very important thing. 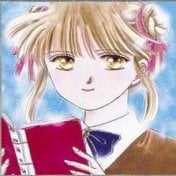 I really was offended that they changed the story so much from the game. There was no reason to. NONE. The game slowly develops characters, they change over time. Some characters are introduced late, and leave soon, but are still dear. In the anime they introduce all the main characters in the first two epiosodes. WHY!? They did not need to be introduced so soon. They even left out one of the most impactful lines of the game. For no good reason. Instead they just added needless stupid filler. I am disappoint.

If you watch enough anime and trailers for anime you get a feel for what the show will be like, both the theme and style of the anime. This is the one time I was fooled. Ok the trailer was funny it had its little cleaver moments, but when I watched the anime (dub version). I was disapointed. the trailer was better then the real thing. I liked the charactors and the anime overall could ahve been quite funny, but the jokes were flat compared to the tone the trailer set for things to come. I want to unwatch it and get the time back to spend watchign better anime. 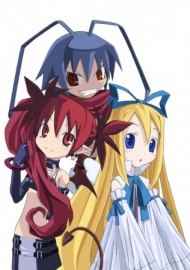 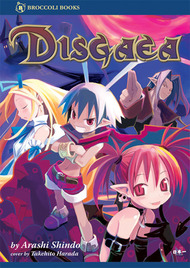 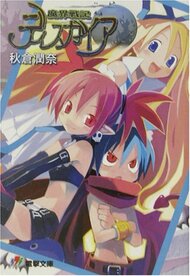 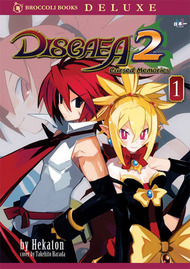 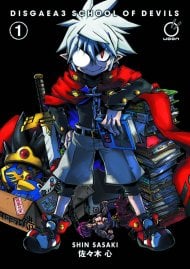 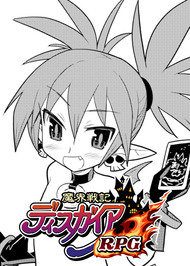