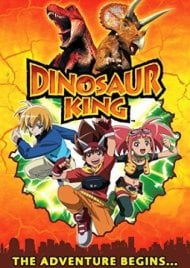 Max, Zoey and Rex are three kids who make up the D-Team - a team which is all about adventure! While investigating a fallen meteorite, the trio run across some mysterious dinosaur cards which, when activated, spit out a real life dinosaur! These cards were accidentally scattered around the world in a time traveling accident caused by the nefarious Dr. Z and his henchmen known as the Alpha Gang. Dr. Z aspires to create a dinosaur fighting arena and become the Dinosaur King himself, and he needs the cards - and dinosaurs within them - to accomplish his goal! Now, the D-Team must race against the clock to find the cards first and free the dinosaurs from the ultimate villains!

I remember watching this as a kid, i really did enjoy it and I was excited to watch it even if my sibling wasnt.. Will most likely watch again

Dinosaur King is somewhat not like Pokemon. Both are very different in their own ways. Dinosaur King is about capturing dinosaur around the world from an examination that people from the future did long ago. Dinosaur is able to use move cards instead of automating knowing the moves. Dinosaur King is good with how everything is related to dinosaurs. How the dinosaur in the real form look a little strange from any anime I have seen so far. 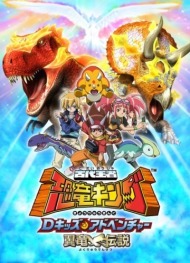 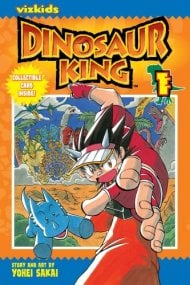