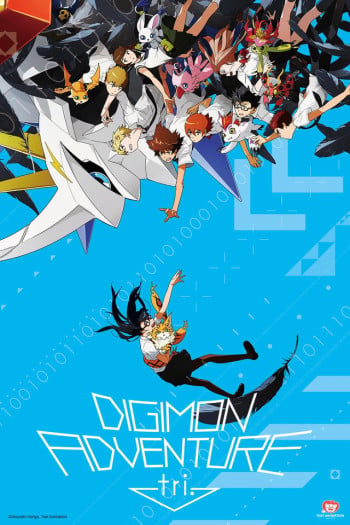 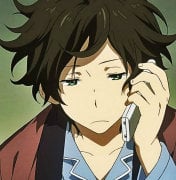 (Contains a few spoilers, but nothing major)

I have really tried to defend the Tri movies, because no matter how bad some things were, I wanted to reserve judgement until the final movie was out. I wanted to give this movie a chance to answer all the questions raised during the Tri movies, and redeem itself. And now it's out, and it just didn't deliver.

To be fair, it was definitely not as bad as I had feared, but it wasn't as good as I had hoped either.

Let's start with the bad:

First of all, to anyone who was hyped at seeing Wizardmon again due to his hat being on the poster... forget about it. He had a 5 seconds cameo, and it wasn't even really him, but seemed more to be a sort of memory of him, or something along those lines. He might as well not have been in the movie at all. The hat on the poster was nothing but baiting.

Then we have the whole Taichi "dies" in the end of the last movie. They DID do something with it, so it's not completely wasted, but ultimately it mostly feels like a bad excuse to keep him out of most of the movie. A lot of the characters, except for Hikari, Yamato and Sora, hardly seemed to react to it. Agumon never really reacted to it at all. I know that it was because he was being optimistic and trusted Taichi to return, but it was done poorly. Having him care more about getting food than his partner potentially being dead just seems harsh.

The animation is almost none existent in this movie. I never really minded the style change in tri itself all that much, but everything feels very stoic and motionless at times.

And finally, there's just A LOT of unresolved things. They never really explain Alphamon's involvement. I suppose he is just a lackey of Yggdrasil, but I expected a bit more. And then there was Himekawa. She wasn't even in this movie, so I suppose she is just stuck in the dark ocean now, who cares, right? And then there was the evil Genai, whom I suspect isn't actually the real Genai, but again, no real resolvement here. And in general I just have a hard time accepting the ending.

I also have to mention the sound. I have probably rated it way more than I should, since I adore Butterfly and Brave Heart so much, but be prepared that you will hear those two songs A LOT!

Now I guess I need to talk about the good stuff, but honestly, I don't really know what to say.

Well, at least the zero two kids were finally acknowledged, and while I would have wanted a little more from them, I do realize that the tri series was supposed to be the original protagonists' comeback, so the fact that the problem with the zero two kids was even resolved made me happy.

It also tried to justify the horrendous prologue of 02. It wasn't done too well, but they get points for trying.

Overall the movie did have its nice moments here and there, and I even think that the plot itself was decent.

The biggest problem with the Tri movies was that they felt rushed. They had some good ideas, but there were just too many things that got left behind and not properly touched upon along the way. It could have been SO much more.

It's not a complete train wreck (like this review), but it is disappointing. Again, not as bad as I had feared. It was a good distraction, and it did succeed at entertaining me, but seeing what potential that was there, and instead receiving this half-baked thing, is just disappointing. It wasn't a bad movie, it was just a bad ending.

To be fair, it did feel like it tried to lead up to more movies potentially coming out in the future, but what we have so far doesn't feel like a finished product. There are just too many loose ends.

The movies could be better overall. But this one, will hit your feelings really hard..