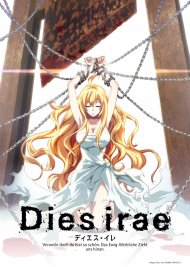 At the start of a great war, an important leader in the German security bureau takes on a mission to fight supernatural mutants himself.

A prologue to a series isn't exactly the easiest thing to do. You need to establish what'll happen in the main series proper in a bite sized amount of time, sort of like a demo. You give them a taste of what's to come, or at least tell them what they need to know in the hopes that they'll continue. Dies Irae episode 0 is how not to do it. A prologue is supposed to give a good first impression, and if it fails, we have the right to persecute and execute. Some people play the "it's just a prologue" card but that never works due to this reason. Dies Irae episode 0 is, in essence, a completely clusterfuck that tries way too hard to be epic and cool without getting anything right. The characters especially give off this vibe, with a ton of them just being deranged lunatics with kooky powers and the ability to constantly kackle all the fucking time. Pardon the buzzword, but this is edginess in a nutshell. I can accept the aesthetics being comprised of so many skulls because Nazis are evil and cool and evil, but not this shit. The main character of this episode, Reinhard, is literally a guy who starts off cold and feeling hollow and then after inner monologue, suddenly becomes the grinning bad guy person we see at the start for no real reason. He's basically the same, except somehow his "friend" caused this. I couldn't tell because this prologue is rushed to hell and back. There's that word again: rushed. I'm not entirely sure exactly how much this would've benefitted from being 45 minutes instead of 23 but it would've helped in some regard. The pacing is a nightmare here in which nothing is established other than the Nazis being Nazis and 3 not edgy girls sending themselves to help the main character of the episode. We don't even know who they're fighting. Are the white haired people who started battling supposed to be of some faction or are they just super-powered criminals causing trouble? In fact, who are most of these guys and why are they here. There's this one really hot and apparently creepy girl who strolls around with her father for God knows what reason and he has a weird headache. They do nothing. Two of the three girls assigned for this post do battle against the two white-haired people, in some horrendous action scenes (even worse than the god awful one between those two people) and then Reinhard just pimps in like "lemme show you how it's done, hoes" (that's not actually what he says) as he pushes them aside and fucks up the two albino people. Then it drops the fucking ball by showing some random army getting royally fucked by everyone god knows how long afterwards, and we don't know half of their names, and there are a lot of people that show up here alone, adding to the already insanely cluttered and maniacal cast. I mean it, in the final 3 minutes we see them crush those guys and new people associated with them just show up and either walk behind fire or have one move activated in a horrendous still image. What's with the weird skull-creature thingy castle at he beginning and end? Who is causing the time portal at the end? What the actual fuck is going on?! I mean, I guess some of this stuff will be explained later and taking those out of the equation, its not like there are many plot holes or inconsistencies or retarded moves we know next to nothing about what's going on at all barring a few explanations of the setting and the "friend" who can read minds and shit at the beginning, and for a prologue, the thing that is supposed to get us interested in what's to come, this is sinful! I sound angrier here than while I was watching but man, I'm aggravated and disappointed. Even the fights sucked ass and nothing here is interesting. The visuals aren't that great either. The art is decent enough for most part for the characters (who have admittedly pretty decent designs), though there are bad moments (and a few pretty good ones too) and there is a fair amount of animation, but the fight scenes suck so much ass. No real choreography, lazy techniques you'd see in the very first Pokémon anime, and shots and actions that are rendered incomprehensible. If you thought I didn't know what was going on in the plot, the fight scenes are even more difficult to follow. The CGI blocks sucked ass too. At least the bad CGI skulls in the OP are used effectively as weird and fucked up things meant to make you unsettled as you see a girl sleeping on them, and at least the flying ship thing for most part has decent art, but still. This is a Kickstarter project apparently, so I guess this has something to do with the mediocre visuals, but it's not like it can excuse the fight scenes. If nothing else, the music is pretty good. The ED (which will be the OP in the series proper) "Kadenz" by Yui Sakakibara, is very fun as a self-indulging rock opera of villainy and calamity. Fits perfectly with the series in that regard, so that's an added bonus. The OST so far is admittedly pretty decent as well and adding to the themes of sheer calamity and evil present within the characters, and they work well in alleviating the pain of the horrendous fight scenes. Regardless, this good music can't save everything, even if they did make this prologue more bearable than it would've been otherwise. Regardless, this was a speeding train wreck and I am incredibly worried for the main series that follows. But, who knows? Maybe the show will be at least better than this mess. With all that said, I see you adieu. OVERALL: 2/10 RAW SCORE: 25/100 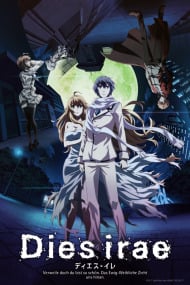 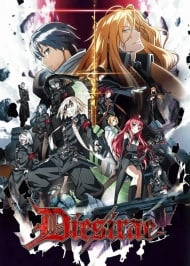 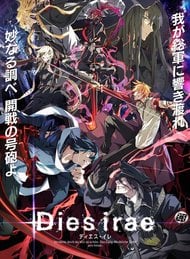 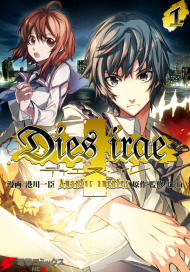