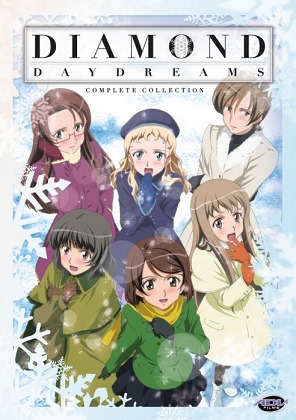 On the first day of school, Furuya Hiro sleeps in causing him to miss the opening ceremony. Because of this, he gets to meet Himari Asaki, the top girl in school. He falls in love with her instantaneously; so, he decides to confess his feelings for her.... repeatedly. Unfortunately for him, she rejects him every time without fail. On one of these occasions, he accidentally drops his cell phone (which of course has a candid photo of Himari for his wallpaper). Himari finds it and returns it to Furuya at his house. There we find out that Furuya's sister is actually a friend of Himari along with the fact that Himari is androphobic.

Tells "after stories" about the characters, including Masamune, Aki, and Yoshino, among others.

Changing schools is something Yuuchi is accustomed to, due to his parent's profession, and with their recent venture to Africa, he is returning to his aunt's home after 7 years. The time that has passed since his last visit has faded his memories of the people he knew, and the ties that bonded them to him, including his cousin Nayuki. Slowly those people, coincidently all being girls, find their way back to him. However, time has passed and things have happened in their own lives. Secrets that are coming to surface, and memories that are returning to not only Yuuichi, but to those surrounding him.

Kanna Seto lost her childhood friend Haruta in a an accident when she was a freshman in high school. Carrying the emotional pain from that incident throughout her life, Kanna is still wounded as an adult. Will she ever be able to love again? The series is composed of coherent episodes that feature different characters.

Each episode follows a different person as he or she deals with an ultimate choice. A "time guide" visits each episode's main character as he or she chooses whether to reset their lives at a time of crisis.