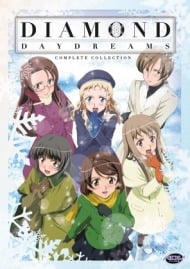 Diamond dust: when the moisture in the air freezes on a chilly day, the air seems to sparkle and shimmer. It is said that to see the diamond dust in its glory means that lovers will stay together forever, friendships will flourish, and dreams will be realized. Kita-he ~Diamond Dust Drops~ tells the stories of several groups of friends and lovers as they struggle to stay together, accomplish their dreams, and anything in between, all revolving around the tale of the diamond dust.

Story: This story is done in a non-typical fashion. This is a story about six different women who are dealing with situations that are not outside the realm of occurrences that could happen to anyone. This anime takes each woman, except one, and dedicates two episodes to their brief daily story. Each story starts by showing that woman within her everyday life, and by the end of the first episode, shows one major conflict in their life. The second episode picks up where the previous left off and continues to show what each woman finds as a solution to their conflict, tying up each story nicely. The only exception is the woman in episode seven, which is done all in just that single episode. While each of these stories seems to have nothing in common, the final episode actually ties them together really well. It takes these individual characters who have never met, all from different parts of Japan, and brings them together with one thing in common, diamond dust, which is said to bring couples eternal happiness if seen together. I gave the story a nine due in large part to episode seven. While the rest of the women were dedicated two episodes, this woman only got one. Her story was done decently, but it either could have been removed or expanded to one more episode. It felt a little like laziness at that point. Besides that, the rest of the story was done well, for what was trying to be accomplished at the end. Animation: The animation used was well done. Bright colors were used as much as the more neutral colors and were placed in good spots. The usage of colors throughout these episodes really helped evoke the appropriate emotions during specific times. The night view of the city in episode one, the sunset used in episode five, and the diamond dust shown in episode eleven are just a few examples of the beautiful animations used. The characters were drawn decent, though a touch bland, but not enough to detract from the enjoyment of the animation this series brings. Sound: The sounds used were excellent! The opening and ending songs were brilliant and fit the series well. The music was an incredible source for bringing out each emotion as it fit each situation. Each song was well placed and fit the mood perfectly. The sounds used for the everyday events were done just as well as the rest. Characters: Though the worst rated section of this review, the characters were actually really well done. The characters had interesting stories, but were not done unrealistically. Each woman's story was something that has most likely happened in one form or another to someone in real life. There is not much known about each character outside the events within the episodes, but for this type of anime, it is not needed. The stories each character goes through is just enough to see what a part of their life is like, which is exactly how the viewer is supposed to see it. Never to get the whole story, but glimpse just a small part of everyday life. The characters were given an eight because of a few minor problems. The girl from episode seven could have used a little more back-story, as previously stated, so another episode should have been given to her or just had her taken out. Some of the other characters acted in ways that people of their disposition would not act. For example, in episode nine, the main character, who is a radio talk show hostess, goes through a rough spot in her life and she accidently broadcasts it over the radio. One of her biggest fans breaks into the radio station to help her out of her depression and she lets him get arrested, even though he is portrayed as saving her career. For the little time each character is given, they progress from one point to another in their lives very well. Overall: Minus a few small problems with some of the characters and a little part of the story, this anime was very well done. For those who enjoy a slice-of-life anime, this is one of the better series out there. For those who do not enjoy much romance or slice-of-life, the music, animation, and the way the story is told make it worth the watch. This anime presents a perfect balance of comedy, everyday life, romance, and basic human conflicts. Even with the few problems, this anime definitely warrants a nine.

Story Split into small character-based arcs, each individual story was very personal and interesting to follow, a couple of them being a far shot from anything near cliche. However, I felt that if Diamond Daydreams had used a linear structure focusing on one main character for its 12 episodes then I would be sitting here writing about how mundane the show was. Fortunately, that possibility did not remain unforeseen and a great job was done on providing enough variation to keep people like me interested. Diamond Daydreams is quite a heavy romantic drama with rare moments of comic relief; however, the varying interpretations of what can be considered romantic differ impressively. All the stories involve some degree of romance, but not in its stereotypical Hallmark way. Diamond Daydreams is more about compassion than romantic love, but the way that the characters involve themselves in each other's lives and the actions they take are reflected romantically. The connecting theme between all the short stories is the idea of the legend of Diamond Dust. If one is lucky they will see this rare occurrence on the mornings of unusually cold days; if a couple see it together, they will be blessed with good luck in their relationship. At times this idea felt contrived and cheesy and luckily it was only brought up once or twice per story arc. Rather, it was used to represent the possibilities of the future for the characters, as they are all told the story of the legend during these snapshots we see of their lives, snapshots that show the characters during life-affirming and life-changing times. Despite all this something felt missing from Diamond Daydreams - and I was often restless whilst watching it due to boredom. At times the whole anime felt like a postcard for Hokkaido and that became quite a distraction, but it was also due to the other aspects of the series. Animation Diamond Daydreams delivers beautiful scenery and I found the series quite stunning. However, I became irked by the character designs - strange dopey eyes and fat cheeks - they were unique but did not completely work for me. As a series with multiple female leads I was impressed by the attention each girl received - subtle differences that added to the realism but ensured they remained distinctive. The animators did not take any shortcuts with the presentation of these characters and that won points for me. Movement was not of the best quality, a DVD special provides an additional look into the story of the ice-skating girl, and whether it had been this episode or the original aired episode I don't remember, but a scene on the ice was particularly disappointing. The grace of a figure skater is simply not pulled off and it was entirely unbelievable that Suomi could have possibly been competing for gold. Sound Unfortunately, Diamond Daydreams fell flat in what is probably one of the most important aspects for any series seeking to invoke emotion: the score. Everything was wonderful in the first couple of episodes, until the same piece became recycled for every touching or sad moment in every episode simply played by different instruments. It became rather annoying and prevented me from giving a single damn how the scene was trying to make me feel. The OP was a fine little number, pretty upbeat for the slow pace of the show but not entirely out of place. I really enjoyed the ED, an acoustic guitar & piano ballad with some satisfactory female vocals. The guitar carries us from the ending scene into the ending credits in a style reminiscent of the much more beautiful ED from Loveless. For me, this little touch did leave me looking forward to the next episode. The English dub was atrocious from what I tried to hear of it - the actors trying far too hard to sound soft and vulnerable. It was too much of an insult for my ears to delve properly into it and I had no complaints for the Japanese voices to begin with. Characters A wide cast with only two episodes to develop each character may chime alarm bells for some potential viewers, but rest assured the process was handled delicately in Diamond Daydreams. Each individual female lead, despite all dealing with certain difficult situations in their lives, were very different people and remained vulnerable whether shy or hot-headed. It was this vulnerability that probably made them all easy characters to empathise with, even if they weren't notably likeable. The dialogue was often lacking, and again, cheesy - however, that could simply be a reflection of my tastes toward drama and romance. Overall I would be very careful about recommending this to anyone, simply because a lot of people who do not watch drama or are not used to its slow pace will probably find Diamond Daydreams boring. I know I often did. However, I can see this series being very therapeutic for anyone who is going through a crappy time and wants to know they're not the only one - there are so many ways in which life can make a person feel sad, anxious, and alone. I would probably watch Diamond Daydreams again if I needed some comfort on a cold winter night. 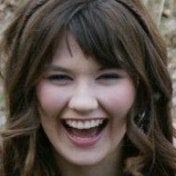 This series will have you looking for diamond dust each winter.  It's magical.  I love it personally because there are several main characters with a variety of personalities.  The storylines are quite emotional and often dramatic.  It has a bit of a soap opera feel to it, without being too over the top.  The animation is not the best I have ever seen, but the storyline makes up for that.  The music is absolutely beautiful and heartbreaking.  I have watched this series several times.  I watch it in the winter and when I just need to calm down.  It is so soothing.  My Mama knew nothing about anime.  This was the first one she watched and she actually loved it.  Maybe you can watch it with your mother, too! 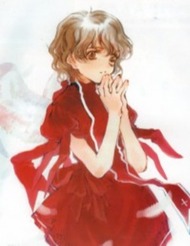