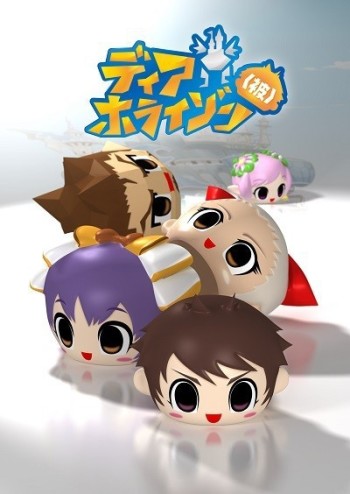 Everything Amelia has, she has either given away or had stolen from her. Desperate for work, she spends the last of her money to rescue an abused automaton and together they travel to the next town. On their way, they save a sentient sausage named Wurst, who introduces them to his father, a local butcher, and then... Look, it's probably easier if you just read this one and figure it out yourself, okay?

Roland is known throughout the world as the Black Knight. He appears calm, cool, and collected on the outside, but secretly he’s anything but - he can’t talk to girls for the life of him. One day, while doing his regular heroic thing, he comes across a slave girl bound and gagged. Roland suddenly realizes - if he saves this slave girl, he can slowly build up his social skills by talking to her. After all, a slave girl has to be as shy as him, right?

Featuring Laios and Marcille of course, and even the Lunatic Magician and Elves, don't miss out on these new illustrations encompassing almost all your favorite characters. Within, you'll find various stories that couldn't be told during the main story, detailed character information ranging from age, height, BMI, family structure, and the first time they died—absolutely everything there is to know about the characters. Plus, descriptions of the magical creatures that live in the dungeons. This is the one-stop-shop companion full to bursting with world origin stories, monster guides, multiple dungeons, and descriptions of the various races that live in the world of Delicious in Dungeon.

Koyuki chan is a middle high schooler, kinda coward one. She doesn't like it but she is the chosen one, she has to fight against evil aliens and send them back to their galactical prison. Luckily she's helped by her brother who is a magical girl otaku and by Pyrosuke, her guide. This is a funny manga, quite not like other MG ones, adapted from a RPG-like video game.

Date, a Scottish transfer student, has always dreamed of seeing faeries and living in a magical world. But due to her constant daydreaming, she fails to make any friends on her first week. However, when she gets hit on the head, she suddenly receives the 'sight' and can see a little pixie called Rabiko! So she starts off the year, and might even make a friend along the way!