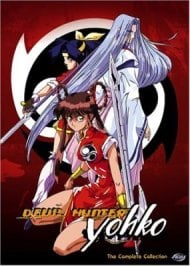 Who knew coming of age could be so tough? 16 year-old Yohko Mano is your typical high-schooler dealing with a not-so-typical upbringing. Her grandmother has been training her in the martial arts and tests her skills on a regular basis. And all Yohko really cares about is a date with Hideki! Well, fickle fate intervenes and Yohko's destiny as a destroyer of demons is revealed. This entertaining romp has plenty of fanservice and action to keep the boys drooling.

Probably the oldest “ass-kicking girls” anime ever, Yohko is today nothing but a nostalgic take on a very tired genre of fighting chicks. The best way to appreciate it is to see it like a combo of “Sailor Moon” with “La Blue Girl” and just hope for the best. Oh, and switch off your brains as you do; it will help a lot. First of all, this is a males’ only show since it is full of pretty chicks, naked or barely dressed. So you girls keep away from it. As for you boys, better be prepared for minimum service and mostly a tease on the whole fuss. This is not 99% fan service and 1% story. What I liked in this show is how it actually tries to be something more other than brain-dead chicks fighting and losing clothes. There are many elements concerning honor, ecology, mystery, romance and each episode has an entirely different feel to it so it doesn’t grow tiresome that easily. There is a lot of variety in themes and situations, despite everything always resulting to good ol’ fashion superpower action. Fan service is also not over the top and is even used in modesty, along with romance and gore.Production values are generally bad for their time. The characters are drawn too simplistic and deform too easily, while body motions and even mouth movements look silly. At moments of tension like a big battle or a romantic scene, the overall presentation improves a lot but for most of the time it will look crude.Action scenes are mostly chicks with magic swords having their clothes torn and butchering ugly demons. The level of violence and gore is medium and is even overshadowing the occasional pantsu or boob shot. Voice acting is bad. The characters don’t seem to talk with the proper tone, easily shown in the grimaces they have. I have heard many times a woman voicing males but this is one of the rare cases where a male voices an old woman. And it sounds very bad. Music themes are not memorable but have variety and passion. A whole episode is dedicated for the OST alone, where you get to listen to all of them. The story has a thin continuity amongst the episodes but the challenge is very different in each one. There are many serious elements in the scenario but all of them are presented in a superficial and even immature way. Not too bad but they could have made something great out of all this. Oh, and episode 4 is nothing but music videos, so the series is practically 5 missions in all. The cast is totally generic. Yohko is very similar to Usagi from Sailor Moon, klutz and good-hearted, always chasing hunks and doing silly stuff. And she also fights demons like Miko but never gets violated by… tentacles. She otherwise remains a virgin despite all her efforts not to. She is not a bad character but it’s not like she is any different than so many others of the same mold. All the rest of the cast, allies and enemies alike are cardboards following very simplistic roles with little significance in the plot. There is little value in this show as there is very little to expect from a second view or to remember as special next to so many other shows with female superheroes. I mostly remember it as the show which has a very different feeling in each episode. Action and nude are nothing you won’t find better elsewhere.And now for some excused scorings. ART SECTION: 5/10 Analysis: General Artwork 1/2, Character Figures 1/2, Backgrounds 1/2, Animation 1/2, Visual Effects 1/2 SOUND SECTION: 6/10 Analysis: Voice Acting 2/3, Music Themes 2/4, Sound Effects 2/3 STORY SECTION: 4/10 Analysis: Premise 1/2, Pacing 1/2, Complexity 1/2, Plausibility 0/2, Conclusion 1/2 CHARACTER SECTION: 5/10 Analysis: Presence 1/2, Personality 1/2, Backdrop 1/2, Development 1/2, Catharsis 1/2 VALUE SECTION: 1/10 Analysis: Historical Value 0/3, Rewatchability 0/3, Memorability 1/4 ENJOYMENT SECTION: 1/10 Analysis: Art 0/1, Sound 0/2, Story 1/3, Characters 0/4 VERDICT: 3.5/10 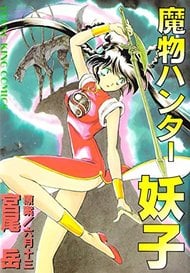