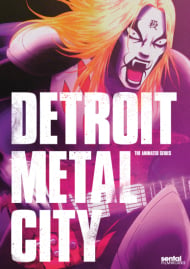 StoryNever has so much promise come to so little. Alright, there probably are bigger misfires, but permit me my hyperbole. There's a really funny idea here - the sweet young Soichi Neghisi loves innocuous Swedish pop but, for the sake of getting a job in the music business, becomes Krauser II, the lead singer in a shockingly controversial death metal group known as Detroit Metal City, 'the DMC'. Sound funny? Sure. Would it sound funny if I said it again? Maybe a few more times? Because that's what watching this series is like. Even as short as it is, Detroit Metal City really has very little idea what to do with its own premise - and most of it is to repeat ad nauseam gags that aren't funny to begin with. Of course, there are the clichéd situations where our protagonist's dual identities cross place - with hilarious results! Only not really - these go through the motions of these stock situations without any conviction. When Detroit Metal City is funny, it's as a result of individual set-pieces rather than anything directly related to the premise. One of the funniest, for instance, would be a cute little girl made up as Krauser II and singing one of DMC's indecent songs. There are too few of these moments for me to be particularly forgiving. What progression of the plot exists beyond restating its premise is essentially of the tournament variety - there are battles of the bands featuring increasingly high profile opponents before taking on the emperor of death metal himself. These proceed as much as one might expect, even in terms of humour. There is some talk of this series being a satire of the music industry, but it never progresses much further than what I've already told you. Yes, a sweet young man is part of a manufactured image and he couldn't get far in the industry otherwise. And the same idea is repeated a bit with other bands. But it's never done in such a way that it becomes funny.AnimationWhile the bondage imagery may recall ‘End of the World' to fans of Studio 4C, the visual look is considerably more normal than much of their other work. Their high standards are upheld in terms of the animation's quality and fluidity- this series always looks excellent. I haven't seen guitar-playing this well animated since Haruhi. There's just a stylistic confidence that puts this show head and shoulders above anything average.SoundVoice acting is excellent across the board, either for speaking or singing in the various styles portrayed. The music used is predominantly death metal, and may be liked by fans of that sort of thing. I really don't, hence the comparatively low rating. In a mildly amusing contrast, the opening number is metal and the closer is light pop, both sung by the lead in character.CharactersThe most interesting facet of Negishi is the division between his charmingly naive identity and the lecherous uninhibited demon thing that he becomes as Krauser II. As a narrator he frequently insists the latter is just an act and he really dislikes his job, but over the series one sees him channelling this identity whenever he gives in to paranoia and rage - and, ultimately, having more pride in his work than he'd care to admit. He may nicely ask his college friend to have a pleasant dinner while his other self just pulls up her skirt, but they're just two sides of the same coin. The aforesaid college friend is notable for being sweet, stupid, and very forgiving. I didn't find her that interesting and clearly neither did those behind this production as she's forgotten along the way. There's also his fellow band members, who are never developed to the point of being interesting - aside from ‘the capitalist pig', a masochist who is a rather affable middle aged man in normal life, not the least of the series' funny ideas that it's not sure how to execute in a funny manner. A weak point would be the DMC's manager, in whom the fondness for violence common to many anime comedy women is combined with a notably foul mouth. The former is never done in any way that's funny, and the latter only works if you find vulgarity in and of itself funny (let's call that the Family Guy principle, for a token cheap shot). A failing grade is given because the characters are those who provide and drive the comedy - and they do not deliver.OverallStudio 4C. Hiroshi Nagahama. This could have been so much more. This should have been so much more. I know that this anime has its fans and I wanted to like it very badly, but after enduring twelve episodes in stone-faced disillusionment with the odd furtive chuckle, I cannot in good conscience recommend Detroit Metal City. 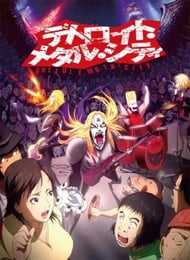 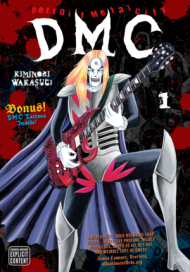