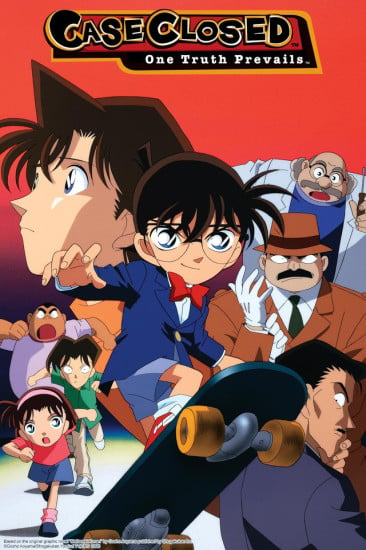 Detective Conan Episode 1014 - The Novelist Known as the Demon King

While walking through a residential neighborhood in Beika City, Conan and Kogoro come across a crowd of police and onlookers in front of a mansion. The mansion is the home of popular novelist Tawake Shintaro, who was found shot dead. Though there was a gun in the study where the murder took place, there are no witnesses. The body was discovered by his apprentices Akaike Naoya and Degawa Miyuki. He additionally had apprentices Bito Ryunosuke and Chigasaki Haruo for a total of four. While questioning the them, the police learn that Degawa's apprentices wrote his books and they resented him...

The Kidnapping of the Company President's Daughter

A Murder Behind the Locked Doors of a Celebrity's Apartment

The Case of the Coded City Map

The Murder of the Art Museum Owner

Arsene Lupin the Third is the world’s most notorious thief, a master of disguise and an unashamed ladies man! Working alongside his partner-in-crime Jigen, the carefree Lupin, shoots, steals and flirts his way across the world while avoiding his ever-persistent nemesis, Inspector Zenigata. Whether he is trying to win a Grand Prix race, defeat an... 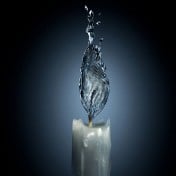 Both Lupin and Detective Conan do a lot of problem solving. They are pretty much like an anime version of Law and Order, except better! =]

Both of these series are centred around the world of crime, and while they approach from opposite sides, if you like the crime genre then both of these are for you. Both series also have a good mix of comedy, action and intrigue and often include a nice little twist at the end of each case. Also, both Lupin III and Detective Conan are relatively episodic (though Conan has more ongoing plot) so if you liked that about one, you are likely to enjoy that about the other.

Arata Kaizaki (27) quit the job he landed after graduation in only three months. His life did not go well after that. Now his parents are threatening to stop sending money, and want him to come back to the country. He has no friend or girlfriend to share his troubles with...as he hits rock bottom a strange man named Ryo Yoake appears. Yoake invites Kaizaki to...

in detective conan's story, they use medicine to be younger again.. when black organisation gave kudo shinichi a medicine and accidently make him younger again.

in rhis story, they use a same methode to be younger again..

I like this comparisson. Also if I may add; both shows feature some suspense, mystery, interesting characters. ReLIFE is more romance/comedy oriented while Detective Conan focuses on the mystery of the day but a fun comparisson nonetheless

I was wondering why this anime is not on this recommendation list.

Both animes have the same genre I would say but not the detective part thought.

But this anime shows many smart characters like Code Geass and Death Note.

I recommend it to smart people.