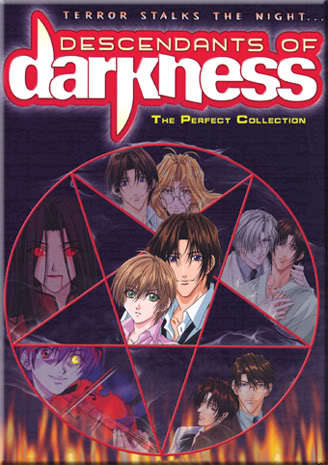 Calen, who has no memory beyond being a soldier, begins his new life in Limbo with a caretaker named Makoto. To atone for his sins, Calen has been given the powers of a reaper and tasked with guiding and protecting the souls of the dead. As he works together with the purehearted Makoto, Calen begins to develop feelings for him. But will those feelings change once he learns Makoto’s true nature?

New shinigami Hikari is doing her best every day to get used to her onerous duties. The only thing that keeps her going is the kindness of her superior, Commander Ryouma. But, when a disastrous event happens among the shinigami, everything changes... This slightly steamy manga is Fujita Maguro's latest work.

Ken was a normal high-school student until he was hit by a vehicle... chasing after a riceball. In the afterlife, he meets a Shinigami named Shin, Shin's job is to grant the last wishes of women who has passed away. After strange turns of events Shin agrees to give Ken's life back if he is able to grant ONE girl's wish. But will he complete this job successfully? Or will his death be final?

Shinigami-sama ni Saigo no Onegai wo RE

Aida Shizuka was sentenced to death for murdering his whole family. As he waited for his execution to come, he was one day visited by his sister who was no longer of the living and had become a grim reaper. The two of them set up to perform the grim reaper's job of granting the "final wish", but they would soon realise that Shizuka was not the culprit behind their family's murder. What lies before them is a revenge suspense story basked in the ever-changing lies and truth.

An angel and a demon who're conducting a mission on earth end up killing a human named Haruto by mistake. Haruto, who has no reason to live, accepts death... But for some inexplicable reason, his soul can't go to heaven and he becomes a wandering soul. With a mission to accomplish and the guilt of having killed someone weighing heavily on him, the angel asks Haruto to become a Shinigami and help them out. In exchange, he promises to give Haruto something that will change his ‘life’ and his future forever.