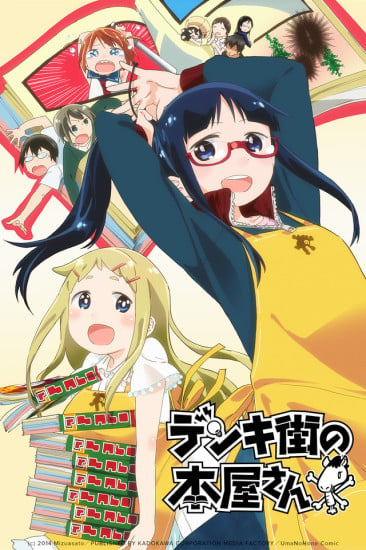 Love & Eros For All / The Nightmare Before Carnaval

Panties in the Spring / I am Rain / Rustling

It's Not Love / Hey, How're You Feeling? / Snowy Night 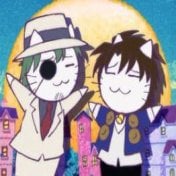 Welcome to The Electric Town's Bookstore, a truly magical place and a wonderland for all otaku or a just any anime/manga/novel/video game/whatever fan. And us, the chosen ones, get a sneak peak at the first floor (sometimes also the 7th) of this 7 story building. Be warned thou, Sommelier-San could force you to read some weird thing that trigger your inner fetish.  Story:The story of Denki-Gai focuses on its 7 employees. From left to right: Kantoku; Fu Girl; Hio-tan; Sommelier; Sensei; Umio; Kameko Throughout all of the 12 episodes there is very little story involved, as we generally just follow the everyday lives of the 7 co-workers experiencing what’s it like to work in a bookstore on the dark side of the moon. But the story is also at the same time very important as it pushes characters forward and reveals their quirkiness full load. The stories main emphasis is on the personal relationships of the main team. We have 2 couples and a sort of love triangle…square…doesn't matter. Traveling to conventions, working hard to create the best display shelf ever and off course drinking is all part of story here. A lot of time and effort is also used to show the story of Senpai (she is a newbie manga artist), her creative struggles and incredible low amounts of femininity. There is definitely nothing special about the story, but it still provides premise and opportunities for some great jokes/gags. Animation: This show is very far from being something one could call eye candy. Personally, I really liked the character models; all of them were unique and very fitting to their characteristic role. I also loved the way the zombies looked, they were hilarious. The thing that disappoints me a bit is the level of detail, especially within the shop itself, sharper edges and more background details could have helped and even provided more comedy material. But what we have is pleasant for the eye and fits the dark humor of the show.Sound: I must say, the opening song "Kajirikake no Ringo" caught me off guard. I found myself listening to this song over and over again, it's so simple and yet somehow addictive… I guess this is what you call love from the first "tune". Otherwise the soundtrack is pretty blank and uninspiring, something you would expect form a comedy/gag style anime… But, "Hats off to" all the seiyū. The voice acting is really top notch and contributes to the overall greatness of the show. The way voice actors fit the characters is really something to be amazed. Characters:   This is where the show shines... Each member of the main cast has a distinctive personality, traits... and fetishes. I'm sure you will love Fu Girl, she is zombie freak, always carrying a baseball bat with her, just in case a zombie apocalypse happens. Her interactions with Sommelier and Umio are a LOT of fun to watch. Then you have Sensei, her messy life style and constant struggles to have more "girl power forces all the girls in the group to help her be more "lady-like". Sommelier is a GOD and there is nothing much to add, as he speaks very little, but his presence is divine. The director is a boob philanthropist and Umio is just your typical Otaku 3000. The side characters are also amazing, especially G-men (a government manga inspector), her relationship with Sommelier was heartwarming and hilarious at the same time. The down side is that there could have been more development on Kameko and Fu Girl, because they seem to be a bit below average compared to other members of the crew. More back-stories would have been appreciated as well, but this of course strongly depends on the original material. Conclusion/Enjoyment: I must say, knocking on the door of this bookstore I wasn't hoping to find such an energetic and exciting bunch of people and the 12 episodes just flew by like summer breeze... Leaving the bookstore, I did not expect to see something like what was shown in the last 4 minutes of the final episode :D Nonetheless the great impression stays and I am glad to give this show a nice 9 on enjoyment. Note: When star-rating shows on AP, I always give them my "enjoyment" score(I'm so nice), but on my reviews you will always find the true technical score.

I love it! It's very funny but i would like them to have another season like when they fall in love and start to date! It's a very good anime! 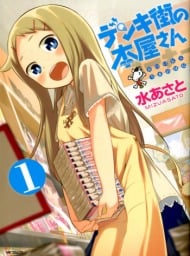