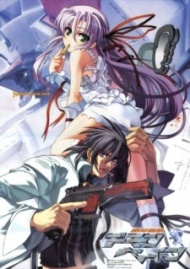 Amidst the hustle and bustle of Arkham, a wonderous city built by the powers of magic and alchemy, lie not-so-hushed rumors of a great machine that can be rarely seen in the city. With the newest sighting of this towering robot known as Demonbane, freelance journalist Lily Bridge is on the road to employment with a local paper. Her task? Find out information about the Demonbane by whatever means necessary! Joined by Kuro Daijuji, private investigator, Lily's skills are put to the test when mad scientists, otherworldly women, and even Demonbane itself gets in the way!

StoryThe first thing I'll say is that the story score would probably be higher if I understood a lot of what was going on. Since this is a standard length 1 episode OVA, you merely see the tip of the iceberg of what the story could be. Many characters are introduced, many names of projects and secrets are given but not explained. But the crux of the story, at least for most of the OVA, revolves around Lily and Kuro, trying to track down the ellusive Demonbane. I must say, this OVA was incredibly entertaining on basically every level, so even though the story was a bit confusing, it managed to entertain me, and that's all that matters, right? One thing I'd be wary of is passing off this as a mecha OVA. Yes, the last 5-6 minutes or so are of mecha fighting, and I'm sure that's what the game this is based on is about, but in general, it mostly is NOT mecha, it's just a reporter trying to find a mecha. It's hard to explain what kind of genre or story this is... think of it like a comedic watch that happens to have mecha in the end. And the comedy, oh, the comedy. Using chibis, randomness, and a unique animation style, the OVA succeeds in a unique comedic experience. So for confusion sake, the story wasn't so great.. for entertainment value, fantastic. AnimationFirst, I'll mention the one bad part of the animation that I can think of: the CG, at times, is fairly cheesy looking and doesn't blend in well with the surrounding animation. However, other times, the animation is blended in a MUCH better fashion. The bad part aside, the majority of the animation is quite impressive and eye catching. All sorts of colors were used, from dark tones at night, to odd shades of pastels when showing some of the super girlie mecha pilots. The animation is made up of a combination of regular and chibi characters, spastic moments, and a whole lot of unusual scene transitions. I think that's what I liked so much about this OVA, the perspectives of things happening. For example, when Lily is telling Kuro about her plans to find Demonbane, the whole time you are looking at an angled shot of Kuro pretty much inhaling all kinds of food. Once she gets to the punch, he spits out his drink in surprise. The camera then zooms in on the drops of fluid in slow motion, then zooms in close up to Lily, holding a plate in front of her face, when the drops speed up and splat on it close up. Not only did these make for an interesting visual experience, but also made it quite comical. SoundThe one failing category. There usually was no music at all, which can be a good or bad thing. When music did occur, it was the most noteworthy in the end when the mecha fought. In which case, it was very.. mecha anime-sounding. Nothing to complain about, but nothing exciting, hence the 5. CharactersMy rating here might be a bit strange, considering how shallow most of the characters end up being due to the length of the OVA. But honestly, the characters fit their roles, however thin they might be, perfectly. The crazy scientist guy really is, well, crazy and funny. The comedic, hungry Kuro and Lily always manage to make you laugh. For a one episode OVA, what more can you ask for? Characters that fit their roles well are always a plus, especially when not a lot of story can be revealed. OverallDemonbane started out for me as a quick watch, to add to the database. And it ended up being an incredibly enjoyable watch instead, hooray! Fantastic, unique animation combined with hilarious characters make this worth seeing for sure. The score suffered because the music could have been better, and the story less confusing, but hey! When all was said and done I still was glad I watched it, so you should too! For rewatching purposes? I'd actually watch this again. It kind of reminded me of watching Abenobashi as far as the randomness and entertaining value. And at only 24 minutes long, who could go wrong? 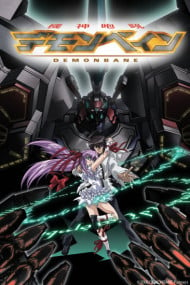 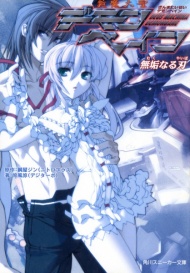 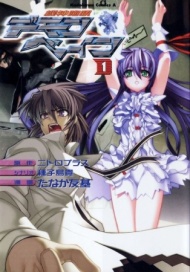 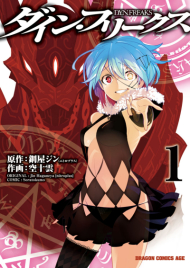