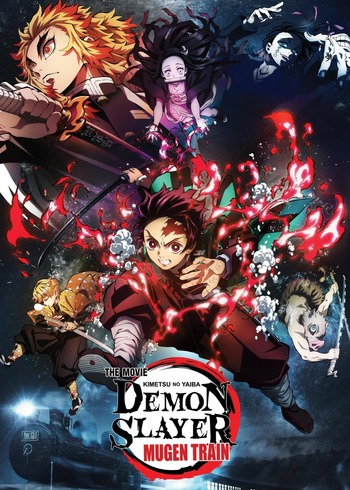 If you're looking for manga similar to Demon Slayer: Kimetsu no Yaiba Movie - Mugen Train, you might like these titles.

Hika Souma, called Picasso by his friends, is 17 and still without a girlfriend after being dumped 13 times. One day, a pretty girl who later introduces herself as Sujata drags him out from a moving train, and with her unwanted assistance, his childhood trauma toward demons takes the form of a real demon summoned out from his body.