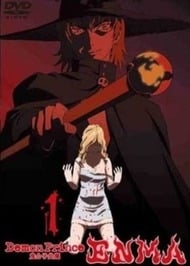 I thought this was a decent horror flick on the whole. A few genuinely creepy moments here and there. It shifts direction midway (ep 3,4) which could easily irritate some watchers but I personally liked this change in presentation; it helped to keep this OVA from becoming stale. It was worth the watch.

These OVAs were "inspired" by the well known series Dororon Enma-kun from the early 1970's. For the target (Japanese) audience, these characters are already part of popular culture, and so the writers of the OVA probably figured there was little need to explain the backstory for them.Kinda a kick in the teeth for anyone who's never heard of Dororon, but to be fair a lot of OVAs have the same mentality, leaving out great chunks of background information in favour of a storyline.Normally an OVA series can be forgive for these shortcuts on that basis, but in this case, this is precisely where the series falls down.As you rightly stated, the first two episodes have their faults, but they do seem to follow a guiding formula - but all that randomly, and inexplicably goes out the window come the third episode. There is no follow up between episodes, other than involvement of certain characters - but even then it's not exactly synced.It honestly feels like each episode was given to a completely different team to write, design, produce and otherwise go crazy with. Even the continuity is screwed up at times.To sum it up: If you are watching this for story, then you'll be disapointed. Ep 1: Starts off like it's missing something, and the first 8mins or so are pretty much pointless but OVAs tend to do that. This episode is an self-contained story (from 8:15 on anyway), and while not exactly awesome, it isn't too terrible.Ep 2. Better than the previous offering, another (mostly) self-contained storyline, although the secondary plotline never really goes anywhere, and seems to just die off without reason.Ep 3 . Part one of two. First 15mins is fine, follows along the same sysytem as the previous episodes - then suddenly, inexplicably changes pace. The resrt of the episode appears to havebeen made by a completely different production team. What passes for story is sketchy, haphazard, and generally lacking in any sense.Ep 4. Part two of two. Continuation of the previous travesty. The final episode does pull it back tgether a little, and if you fill in the holes yourself with creative thinking, it is a passible ending. It tries to tie in the other episodes at the end, but it's a clumsy attempt pretending to be clever.I imagine this could have been a good series if they had more fundiing, and more episodes to work with, but as a OVA series it's just about watchable. The animation is reasonably well done, but it doesn't really make up for the lack of character, or the mismatched plot.

Story: This story starts like many of the same genre, with demons escaping from an Underworld and possessing people and objects alike to kill people and take over the human plane of existence. There is one main character, a man not from the human plane, on a mission to destroy these demons. The leader Enma is a red-headed man who is constantly draped in a black cape, a black hat that is similar to a witch's hat, and uses a staff that produces fire. Though he is considered the "main character", his other companions play big parts too. There is Enma's witch hat, Shapoji, who can talk and smell the evil auras demons give off. Kapaeru, the Japanese creature Kappa in a human-like form, is the information gatherer for the group. Last is Yukihime, another hunter like Enma, but uses the power of frost or ice. The first two episodes show how Enma's crew handles a couple situations where people are possessed and killings occur, but by the third episode, the show takes a complete 360 degree turn, showing five individuals placed within a house that kills them off individually, using each character's problematic past as the way to kill them. Only within the last five to ten minutes of the last episode does Enma show up and save the day...or does he? I gave this OVA a 6 for story due to the lack of a cohesive story. The first half follows the beginnings of a decent plot, but the third episode had me scratching my head, wondering why these people were in a house being killed, followed by an even more confusing fourth and last episode. The reasons why these events were occurring were never explained, leaving the viewer to ponder the connection to the rest of the story. The last gripe I had was the extensive amounts of naked breasts being flashed throughout the four episodes. I do not mind nudity being used if it benefits the story in some way, but the usage here was for nothing more than looks. A warning to those of a weak stomach, this anime is full of blood and gore of all sorts. With a demon baby being born and crawling from the victim’s private area, to a mother trying to stab her young daughter. It is very graphic in content. Animation: The animations used were a little above average. The better animations were used for the blood, gore, and any other parts involved with the killings, while the rest was just plain. Even the main characters were done with minimal effort. If the production company had spent a little more time and effort on this project, it could have been very well done. These are the reasons I gave this a 5. Sound: The sounds used were actually decent, in most cases, though as before, the best sounds were used during the most graphic parts, such as a knife cutting or a person being possessed by a demon. The rest of the anime's sound was very basic and could have used more work. These reasons are why I gave it a 5. Characters: This was the worst part of the anime, for me, given these episodes are about 40 minutes each. While Enma and crew are very humorous through the majority of their time on screen, there is almost nothing known about these characters. No background on why they are killing demons, no background on where each character comes from, and no idea on their philosophy of the human race, just to name a few. All that is really known are the characters kill demons and Enma is a pervert. Their comedy was funny enough to warrant a 4 from me, but that is cutting it close. Overall: This anime had the potential to tell a great story with excellent characters to develop. Being an adult anime, this OVA also had the potential to take this story to a whole new level of intensity, but did not capitalize on the opportunities. I would only recommend this anime to those hardcore fans of demon anime that enjoy highly graphic storytelling, but otherwise, ended up turning into no-man's land, which is where this anime belongs. 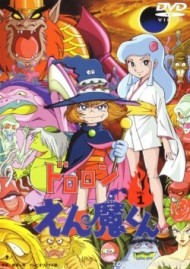 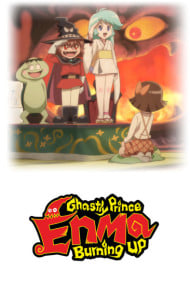 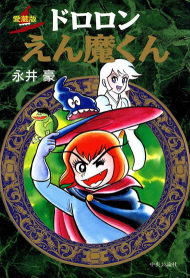 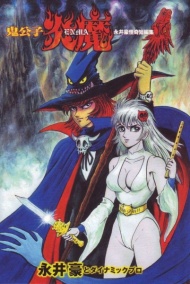 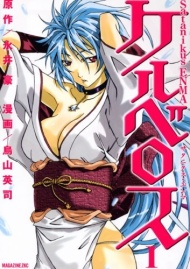