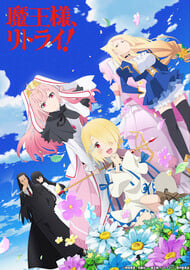 What can I say? Dude's a freakin demon lord doing demon lord things, like planning to open a hot springs and make a bajillion dollars while collecting a harem along the way. This show is very much like an (Australian) McDonalds cheeseburger. You know it's bad, but it tastes so god-damn good that you just don't care. The animation is terrible, the music and sound design is lacking and it's about as generic as it gets, but I still had fun and will keep watching it.

I just got done watching all 12 EP. This show seems more like a parody of normal isekai shows.   It seems like a mix of overlord, slime, and a few others. If you take it seriously, then you most likely won't like it IMO. Like the show has an identity crisis, and this is what kills it. Story: The story is very generic. It follows the overlord theme where some OP gets summon to a world, makes the world better to take it over, and they are aiming to get home. How it goes about it is iffy until about the tail end. In fact, the last episode caught my attention, but before then it was more of a miss than hit. Characters: This is what makes it feel like a complete joke. None of them have any depth. They all can be summed up in 1 or 2 lines talking about them.  Another thing is all the underage or near underage women and and 1 adult women wants to sleep with the main character. Because of this, you will get 10 min or so of screen time of them wanting to touch him, them trying to, and some insulting him. To be honest, if they made this into a full on parody, then this might be good. But at a given point these character flaws and lack of depth kills the show for me. Sound and animation: The animation isn't the worst I seen, but it isn't far from it. I tend to overlook much of this since they might of not had the budget or whatever, but for the first number of shows it's very very very noticeable. The sound isn't good or bad.  With all this being said, I will watch another season IF it comes out and IF I'm not too busy. But, I'm not going to be asking for it.

Demon Lord, Retry! is a mess of an anime. One of the worst I've ever seen. Story, characters, dialogue... they have no structure, no development, and are very confusing. At first, I had the impression that the producers had fired their writters. By episode 7 I was certain they never had a writter in the first place; it seemed they were creating the story on the fly. Nothing is explained in this show. How does the skill system work? How does politics work? How does item creation work? There are no rules. There is no consistency. Things happen just because. CHARACTERS & STORY Characters are so one dimensional and shallow they are actually annoing. They just repeat the same thing over and over. The show tries to add some depth to some characters, but - like everything else - it does not make sense. Jokes are extremelly vulgar, and they are repeated so much they become irritable. Luna can only talk about her butt. Another character -a trap whose gender is defined as "girlish boy"- keeps repeating how his butt is on fire, and that he whants his only hole to be filled. I don't think vulgar jokes are bad (my favorite comedy is Golden Boy), but they are not funny per se. The creators thought they were being funny by thrusting vulgar lines in the mediocre dialogue, but it's just cringy. The story is a shameless rip-off of Overlord. It had some potential with the father-daughter relationship between the MC and Aku, but it ends being like the rest of the show: a hot steaming pile of demon dung. It is hinted that the MC is trying to understand why he came to this world and how to go back, but he is actually working to stablish a spa business...? In the last episode he states he think the government is incompetent, and that the common people are being neglected. I wish they had said that in the first episode; but then again what would we do with that information? Like I said, nothing i this show makes sense. The MC receives a ring that apparently is trying to bring him to do evil. Why? And what happens to the ring? It appeared only twice, offering to kill everyone for the MC, after which it's forgotten. When the MC is fighting Hades (which we don't know what it is or what it does) he turns into a lame character that he cannont control. Why? While watching this anime, when I was not rolling my eyes to the stupid harem or barfing to the stupid jokes, I was wondering: WTF? I finished this anime out of stubborness, but the ending wasn't satisfying at all. I see now that there was no story arc to close, but while I was watching I kept expecting some closure. The only time this anime will see any closure, is when the MC's story ends, but I have no idea what his objectives are. To build a nation? He said he doesn't want to make another Empire... To change the government? He is not envolved with politcs... By going home? He doesn't seem to be worried about it; he even wonders if there would be a life for him if he returned from a fantasy world. ANIMATION If only the action was good... But the animation is one of -if not THE- worst I've ever seen! Good grief! I was beging for the action to stop so they could be back to talking nonsense. Animating the mouth is less demanding. SOUND Sound was the least worst of it all. Very generic. Sometimes the voices were a bit off and forced. Music was too obvious, to the point of being intrusive. During action, they had heavy metal guitars. During silly moments, that generic flute tune so common in low budget comedy/harem anime. It was bad. But not as bad as the rest of Demon Lord, Retry! CONCLUSION I believe some people will like this anime. Maybe it's like those movies that are so bad they can actually be funny? Maybe if you try watching with a friend and making fun of it? But unless you can find joy in piles of garbage, I would not recommend Demon Lord, Retry! 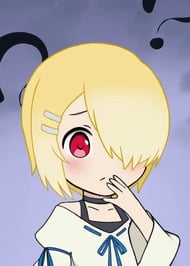 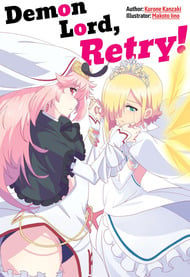 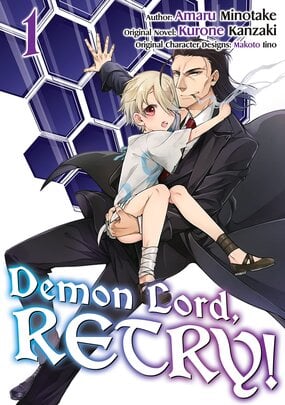