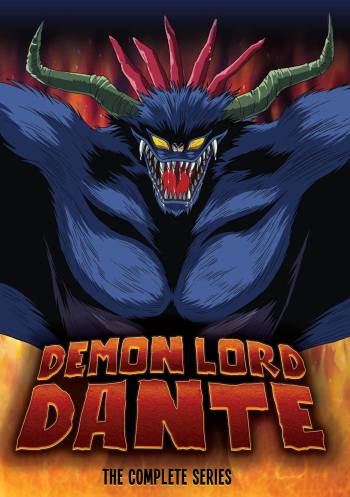 Though Demon Lord Dante was the inspiration of the Devilman franchise, the OVA fits the best with Demon Lord Dante (more than the TV series). Both have a very dark and serious feel, involving a boy unwilingly thrown into a life of darkness with a demon lord. Gore, violence and plenty of action accompany both as well. If you liked one there's no way you wouldn't like the other.

This recommendation is a bit more of a stretch, but I believe it's probable. While Tokko and Demon Lord Dante differ in plot (and somewhat in tone), both are very dark tales filled with gore and violence, as well as disturbing monster/creatures. Try it on for size.

Demon Lord Dante sits somewhere in between Amon and Devilman, but the uncanny resemblence is unmistakable; this due to the fact that Devilman was heavily inspired by Demon Lord Dante. Both involve a boy who's unwittingly sucked into the world of a demon master, and both are filled with gore, violence, and other elements aplenty. Amon is probably more explicit than Demon Lord Dante, but fans of one would DEFINITELY like the other.

Shinichi Kuruma is an experiment gone awry. With the ability to summon a lion and bear from his body and superhuman strength, he is one of many 'New Humans' created by Shinichi's own father, Genzou Kuruma, who wants to control the fate of those who will inherit the Earth. Alongside a girl named Ayaka who was injected with Shinichi's special blood, Shinichi must stay out of the reach of the other New Humans and scientists who wish to use his lifeforce to revive God; but most importantly, he must find a way to exact his revenge on his father.

Demon Lord Dante and Phalanx TV are gore/violence filled monster fests with a very dark feel and tone. Phalanx fits a bit better with Devilman TV than Demon Lord Dante, but fans of one will probably like the other too. 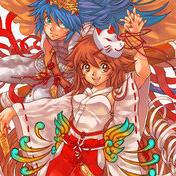 Both involve characters who find out to thier dismay that they are devils. As they try to sort out thier feelings about thier new identy they get into all kinds of bloody battles and of course the fate of human kind hangs in the balace. With explict contents and similar animation styles if you like one your sure to like the other!

There was once an ogre mother who gave birth to a human looking child. Instead of an ogre's horn, this child was born with a sword in hand called the "Onigirimaru" or Ogre Slayer. He has no name and is only refered to by the name of his sword. Believing that he will become human once all of his kind vanished from the world of humans, he sets out on his destiny to slay all ogres.

Tokyo: 1912. The imperial government begins to put in motion its plan to industrialize the capital so that it may take its place among the great cities of the modern world. The evil sorcerer Kato (who bears more than a passing resemblance to Street Fighter II's M Bison) would rather see Tokyo in ruins, and plans to resurrect the spirit of the warrior Taro Masakado to destroy the city. To do this he must possess the soul of a young girl with untapped supernatural powers, Yukari Tatsumiya. Various spiritual guardians try and fail to protect Yukari from his demonic powers, only for Kato's plan to be thwarted by the benign Masakado himself. Kato bides his time until he can use Yukari's daughter Yukiko to carry out the destruction on his own, but a new warrior appears to protect the Tatsumiya household: Keiko, an unassuming shrine maiden who wields the power of Heaven itself.