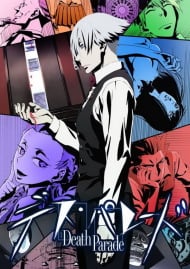 Unfortunately, it's all over the place and doesn't seem sure of what it's supposed to be. The starting episode is interesting and leads you to believe this will be something along the lines of a life and death game with torture elements, where one person wins and loses. This ends up being false, and these games serve a different purpose, making them seem rather irrelevant. The intensity also drops, as the future games (except 1) are rather casual in comparison. There is no guarantee 1 person lives and dies, it's possible for both to end up with the same fate. What makes things worse is that the showing of who goes up and down in the elevator is poorly displayed. There is one episode where it displayed a single door, and not even who went in it. At other times the left door is safe, the right one isn't, then in the next episode they are swapped, adding to the confusion. It creates a lot of inconsistency and if there is a whole episode dedicated to playing a game, there should at least be a clear display of how the judgement is laid out. Inconsistency is something that seems to be a theme. Upon arriving at episode 2, the Anime flips and shows a lot of episode 1 stuff, but from a different perspective. From there on it's a mix a these games being played, then an entire episode dedicated to the arbiters. As you quickly realize, there are only 12 episodes, how is anything meaningful going to happen going from 1 episode of a game to 1 episode following 1 of the arbiters? The answer is it really doesn't. There are 6 arbiters shown, the main guy is shown often hosting the games, then most of the others get 1 episode dedicated to them. In the end you get around 6 episodes of a game being played, and the rest dedicated to the arbiter system. The result is a product that seems to be playing tug of war with itself in an effort to get screen time and deciding what it wants to be exactly. There is never any connection to characters due to the low amount of screen time, combined with the fact of what arbiters really are. The games attempt to tell a story in an attempt to connect with the audience by releasing bits of their memory as they play on to tell something of a tragic story. Unfortunately, it's hard to connect with characters that you have seen for 10 minutes. The games get boring and slow paced. This is where the most focus should have been and the most excitement, but they got far less intense than the initial delivery. Once you realize the games have a different meaning than what is at a typical face value of playing, it makes them feel even less exciting. The artwork is rather cool, a colorful presentation with a graffiti style look at times. The cosmic pool table with jedi pool cues looks like something that would be super fun to play in real life. Overall, it wasn't bad, but not great either. It was just all over the place though and failed to properly show the judgements clearly all the time. For once, an Anime started on a strong episode but then went downhill and didn't follow through consistently on that initial excitement. How it is currently sitting at 4.3 stars is far beyond logical as there wasn't even a clear main character (unless you want to count the main arbiter who just watches most of what happens). 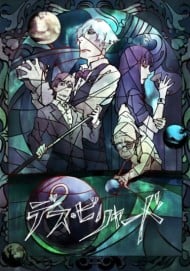