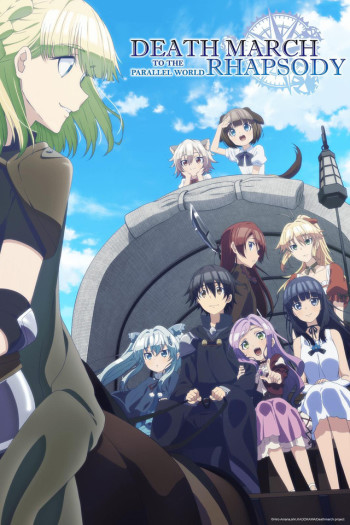 Satou has to deliver on an arrangement where countless factors have been twisted against him, but will that be enough to keep him from pulling through?

The Catastrophe That Started with a Death March

Exploring a City That Started With a Death March

Love That Started With a Death March

Labyrinth Exploration That Started With a Death March

The Mad Princess That Started With a Death March

City Defense That Began With a Death March

Camping Lessons That Began With A Death March

Immortality That Began With a Death March

Deeply Held Attachment That Started With a Death March

The Hunting Song That Started With a Death March

The Fantasy Conspiracy That Started With a Death March

A Trip to the Underworld That Started With a Death March

Anime-Planet users recommend these anime for fans of Death March to the Parallel World Rhapsody. All available to watch right here, right now!

After dying as a result of God's mistake, the main character finds himself in a parallel world, where he begins his second life. His only possessions are the body that God gave back to him and a smartphone that works even in this new world. As he meets all kinds of new people and forges new friendships, he ends up learning the secret to this world. He...

come on dont tell me you these two shows feel almost the same but just look at em,  Both shows are labled as PISW (person in strange world), they are also both harems shows that star a OP as F*** harem dude as thier main star. they both feel like a video game. i can keep going on forever but the point is that they are very similar.

It's similar in a way that both the protagonist is overpowered and they are being transfered into another world where it is similar to a RPG game. There is also harmen for people who is looking for some romance (thoughI don;t reaelly think that it is considered romance)

both are person in strange world (high fantasy) while Phapsody is about land in MMO, Smartphone is just another world. Most important is that both protogonist are Overpowered form start, focused on how new world works, compleating harem in meanwhile ;) 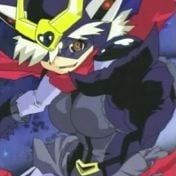 Both have central characters who just cherrypick all the skills effortlessly. Combat is uneventful as the protagonist can simply one-hit-kill nearly anything. (3 eps of Slime to date)

They have similar premises. MC is an average human that somehow gets sent to a fantasy world and somehow gets overpowered. They are both at least a bit kind and prefer peace.

I agree and I'd like to add that both anime are a bit on the ecchi side. Also the main characters both develop harems and have a great moral compass so things dont get completely out of wack. If you enjoy one you'll enjoy the other.

same kind story OP MC , girls , and not so bad story line. As well , there are some good jokes in the middle . Sounds , Animation is good as well ;)

No matter who you are if you like isekai anime I would highly and I mean highly recommend this anime it is definitely in my top 5 of beat isekai anime of all time and probably in my top 10 for best anime in general I just absolutely loved this anime.