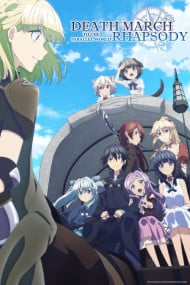 The Catastrophe That Started with a Death March

Exploring a City That Started With a Death March

Love That Started With a Death March

Labyrinth Exploration That Started With a Death March

The Mad Princess That Started With a Death March

City Defense That Began With a Death March

Camping Lessons That Began With A Death March

Immortality That Began With a Death March

Deeply Held Attachment That Started With a Death March

The Hunting Song That Started With a Death March

The Fantasy Conspiracy That Started With a Death March

A Trip to the Underworld That Started With a Death March

STORY: A completely ordinary guy gets teleported into a strange RPG world, where he becomes a teenager and jumps 300 levels in the first 2 minutes, and as he proceeds to make his way through the strange land, on every corner he meets cute girls who fall madly in love with him. Oh. You've ... heard that before, have you? Well, maybe that's because this is yet another generic MMORPG/isekai anime with absolutely nothing new to offer, save for some jail time maybe, because most of the girls in the MC's harem are underage. As for the plot itself, there's no tension, no drama, no suspence, no nothing, because the OP protagonist manages to dodge every problem the moment it appears, so instead of an actual interesting story and world-building, we only get a few empty, predictable fights and the rest is spend on building a harem. ANIMATION: Nothing flashy or eye-catching. All it has to offer is bland scenery and moe characters, while the MC himself looks like he walked straight out of a yaoi show. SOUND: Whiny. Voices. I'm talking extremely annoying, high-pitched, nails on board voices. And voice tics, goshujinsama, nanodesu. Again, the MC not only looks like a yaoi protagonist, but he also sounds like one. The soundtrack doesn't stand out at all, and even the opening and ending are generic and forgottable. Really, the only melody that's memorable is the one that plays at the next episode preview. CHARACTERS: Lolis. Lolis everywhere. The MC is as bland as they get. He pretty much has no personality whatsoever, but the show keeps trying to persuade the viewer that he's a good guy by doing mundane things. The only important thing about him is that he's not a lolicon; or so he keeps saying when one of his lolis flashes him or asks for a kiss. The lolis themselves don't have any personalities either, if you don't count "being cute, nanodesu" as a personality trait. OVERALL: If you like lolis and don't need a plot, go for it. If not, steer clear of this. Watched for the Anime Lottery Game WINTER 2018

Death March to the Parallel World Rhapsody is about a game developer who get's transported into a world that is similiar to the two games he is currently developing and becomes stupid high level almost instantly and his adventures with his harem, which consists of girls he has no interest for. Hey look at that, an UI you can use with your mind, I wonder why a certain other game anime uses hand gestures? The way magic incantation is implemented is cool, because it uses a different language than what Ichirou has learned, it sounds like sped-up machine talk. Slavery is bad, but since this different world has slavery I might as well participate. Minor bad things: The eyeball demon has an insufferable voice. Some scenes feel rushed. I don't know how faithful this anime adaption is to the novel, but having read some of the manga I can tell that the show deviates quite a lot and some story/world building is different/altered as a result, and there is nothing inherently wrong with that, it's just that in my opinion a lot of important nuance is lost in the process. Story is simple yet intriguing, Ichirou becoming level 310 allmost as soon as he enters the other world removes emphasis from the combat a little bit and Ichirous adjustment and daily life in this fantasy world alongside the people and friends he meets becomes the driving force of the show. Animation is good, but some of the cg is poor and a few scenes lack key-frames and/or proper in-betweens, the visual blur effect when Ichirou has internal monologues is awful and feels unnecessary. Soundwise we have very fitting fantasy music, but at times it feels out of place and some scenes lack sound effects like the first golem encounter. Characters are at times lacking, but are still believable and have potential. And now some bonus moments from the show: When Ichirou is coding a game he is developing, he forgets it's name. Ichirou uses the forbidden "we can patch it later". Unlike some other reviewer(s), I don't judge/rate a show based on the fact that previous shows had a similiar premise, setting etc. and I don't rate a show poorly just because it's genre is not to my liking.

I threw up in my mouth. Decease Walk to the Adjacent Land Euphoria is a winter 2010 anime that aired in winter 2018. It is a piece of shit. Now some people would complain that it is bad because it is isekai. Some would complain that it's bad because nothing happens in it and it's more of an SOL. These are not among my complaints with Lack of life Stroll. This anime is a video game isekai with RPG elements, that tries it's damndest to be just like an RPG and ends up doing a pretty good job at being the most meaningless cutscenes in an RPG along with a tutorial of the interface. Since this anime hardly is the kind of bad to deserve a full-length essay review, I'll just list my biggest gripes with it that made me sick. FIRST: The visuals. Ugly and blurry as fuck. For some reason they thought it would look cool, but it does not. It looks like they smeared vomit on the screen. The whole thing just looks dull, uninspired, and soul-less to boot. SECOND: We have a dull, nondescript, automatically OP japanese guy for our main character. My baby eyes wouldn't be able to handle any defining or unique character design features, so I'm glad they kept this classic anime trope. Somehow all the girls fall for him automatically and he never has a single problem he can't handle with skill and ease. THIRD: An anime about being in a video game that has action in the first episode should NOT under any circumstances devolve into a spice & wolf style SOL. This does. FOURTH: SHAMELESS loli fanservice. Every episode. Every minute of every episode almost. Pick a frame, there's a loli. Sometimes it's shrugged off as comedy, so the anime can't even own up to the fact that it's loli trash. The lolis are always sexualized anyways so why bother disguising it. "i'm no lolicon" - The Cradle Explorer FIFTH: Interface bullshit. I don't care about how this game looks. If i wanted to watch someone play a game and fuck about with a menu i'd watch a lets play, at least that might have entertaining commentary. LEARNED SKILL: SIXTH PROBLEM: The learned skill shit. Stop. In the end death march is a gross, exploitive, pure degenerate escapism anime that shows everything wrong with LNs in a delicous kebab of ew. At least this was fun to make shitty little video clips out of with its ridiculousness. 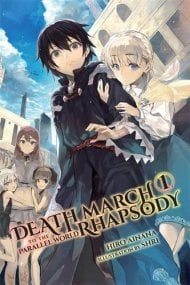 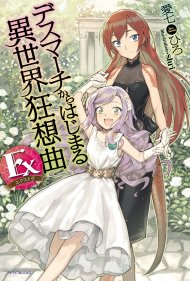 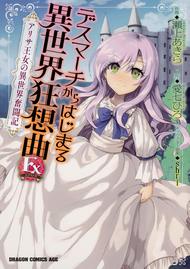