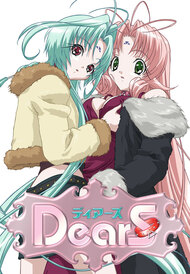 I Want to Nibble Sweetly

Was It Too Small?

It Hurt a Little

Do You Want to Experience It?

Furthermore It Was Hot

StoryI’m slowly starting to understand why so many people detest ecchi anime, and DearS is an example of just how low a typically fun genre can stoop. Now, I’m as far from a raging feminist as you can get, but I was still shocked to find that this horrendous trash was written by a pair of women. With the fairer-sex portrayed as either clueless sex objects or raging nymphomaniacs ready to rip off their clothes, the male protagonists are always feckless guys who click their fingers and can choose whichever beauty he wants for the night. Thankfully, not all ecchi is this dire. Using the “unique premise”, the story consists of a top-heavy beauty arriving on Earth, devoting herself to a complete loser and moving in to become his housewife and lover. DearS runs with recycled off-cuts of many other ecchi shows, adding its own lousy spin. With fan-service that makes you cringe, there is at least one scene in every episode that will have you shaking your head in disbelief and wondering why you should bother continuing this tripe. From a teacher with home-made erotica as a classroom aid, to a sleazy bishounen who uses coffee to seduce his “koneko-chan”, the perversion is freaky – and not in a good way. Jumping from the blossoming romance between two clueless lovebirds to the plans of those trying to hinder their relationship, the story includes too many characters with neglected motives thrown into the mix. Instead of using what they have, the writers rely on tried and tested quips from successful ecchi shows, such as risky sleeping arrangements and rivalry between two beautifully buxom babes. The show can’t decide if it wants to be a bondage dream or a fun-filled harem, setting itself up to be both but never fully committing to either. The awkward scenes between the horny schoolboy and reject slave-girl-cum-alien barely manage to even raise a smile. DearS fails to exploit the humour in this potentially adorable situation, instead ending up falling flat on its face with a nonsensical plot that opens numerous avenues and inevitably explores none. I know storylines are not usually the focus of a kinky minded show, but it’s nice to actually have closure when there is attempted narration to accompany the curvaceous cleavage and plethora of panty shots.AnimationOn the plus side, you could distinguish male and female. The downsides will take much longer to list. For an anime series but 5 years old, DearS is worse than substandard. Suffering from lousy lip-synching, poorly proportioned faces and an inability to blend characters with backgrounds, the artists are sadly more interested in some mediocre costume transformation scenes and drawing boobies. The impossibly proportioned aliens have saucer shaped eyes, a very pert derriere and an overspill of cleavage all poured into an impossibly fitted spacesuit – another thing that makes me believe the writers are living in their own insular world.SoundTaking its cue from DearS’s repulsive portrayal of women, the opening track is full of trashy lyrics likie “I am your slave”, sung by what sounds like a pair twelve-year-old J-pop idols. Aiming for cute, and coming off as irritatingly vile, I value my quick fast-forward finger that prevents the band, UNDER17, from lamenting their submissive bile. The closing track is also performed by the same annoyingly perky childish-sounding duet and did not impress me enough for a second playing.CharactersPopulating my entire top-five list of “characters you want to kill”, none of the brazenly stereotyped cast found a place in my heart. Takeya flip-flops between stealing porn for his randy male friends and giving females the cold shoulder as he struggles with his immature emotions. Giving out signals to both alien bed buddy and best-friend Neneko, his naivety switches to idiocy as he breaks the hearts of those closest to him. Hardly worth even mentioning, Ren is a hollow shell who unquestioningly obeys her Goshujin-sama. If her personality developed even a smidgen throughout the show, she may be considered a passable character, but she unfortunately stagnates and remains unchanged throughout. The only character with any humorous potential was the sexually aggressive teacher, Yoshimine-sensei. Completely skipping good taste, the harlot frequently strips down to practically non-existent underwear and lewdly gropes her own breasticles. Comedy gold plummets into the realms of deviant fantasy as she attempts to seduce her horrified students into punishing her for being a bad girl. And this is even before the pointless and mindless loli cat-girl prowls onto the screen, adding to the already astronomic list of atrocious characters.OverallNo, just no. I can’t think of any section of the anime community that DearS would appeal to. With a cringingly flimsy and stereotyped plotline, the ugly animation and characters you would rather choke than befriend will give even fans of ecchi a hard time. Both the fan-service and comedy are misplaced from the get-go, leaving an overall feeling of exasperated frustration. Instead of even attempting this two bagger*, try Chobits, Girls Bravo or even Ah! My Goddess for the same story that unfolds in a successful ecchi romp. Perhaps changing the title to “DearGodWhy” would be a step in the right direction.... * A chick so ugly that you put a bag over your head just in case hers falls off – urbandictionary.com

This anime is remembered by most as “The Chobits” clone. Which is not the full truth, as in reality it is the hybrid clone of Chobits AND an old American sci-fi series called Alien Nation. Take the plot of the first and the setting of the second and PRESTO, this pops up. For those not familiar with what I’m talking about, it’s about alien slaves crash-landing on Earth and seeking acceptance in human society, while one of them is found naked by a male teenager, who immediately takes her in his home. The premise is not bad actually; we get plenty of openings for something great to come out from this. -The aliens having a hard time integrating into society-The aliens facing racial persecution-Having a romance bloom between the alien girl and the human boy-Having that mystery of the alien queen revealing something major about the spaceship-Having the alien masters coming to Earth in order to take back their ship and slaves.-Sex, sex, and some sex more. -Heck, the story was even implying that the aliens were created to LOVE being slaves and yearn for the affection of their masters, creating a sort of addiction to obedience and emotional support, of which a hundred different aspect of this issue could be looked upon.And yet we get practically squat as usual, since such anime simply don’t give a rat’s ass about the story. They just try to hook you with an interesting idea before firing away the same repetitive jokes and erotic situations, copy-pasted from the book of clichés. It is really sad how such a great premise gets trashed because such anime assume that progress is death. Seriously, harems and ecchis are afraid to offer progress because they aim to trap the viewer in a frozen state of wooziness and NOT to tell a story which may make him feel uneasy or dissatisfied with how things turned out, like OOH HE DIDN’T CHOSE MY FAVORITE GIRL or OOH SHE IS NOT VIRGIN ANYMORE; SHE IS A SLUT and other affiliated notions of progress-phobicness. For that reason, all those openings I was referring to above NEVER HAPPEN. What we have here is practically storyless episodes with a vague excuse for cute girls to surround a dorky male and for silly reasons to undress and hit each other in retaliation. Heck, it is a show where girls are created to be gorgeous and obedient, wearing slave collars and in constant need to be ordered around by someone, not minding any mistreatment like being let to sleep only in a closet. And that is pretty much all of it. One could of course be satisfied with all that and claim I am being weird for demanding something that the genre is doing as it should. Well, that’s the thing, I have seen many harems and ecchis and they are all copy-pasting the same stuff. So it is not weird to expect each one of them to have something unique in order to like them. For example, why would I like this show? -The premise is identical to older shows like Chobits and Alien Nation or has been done again later in other titles like Bombshells in the Sky and District 9; all of which seem far more interesting.-The erotic comedy is nothing much; in fact it is rather low-toned.-The cast and the story are completely lacking development; thus easily become boring.-The ending is not resolving anything important and it clearly is not solid as the alien queen is not looked upon at all. -For a show where the girls are running around in skimpy clothes and beg to do your every bidding, there is no sex going on at all. And don’t tell me that is not what I should be thinking while watching this. The only good thing I can find in this anime is the animation, which is quite good in terms of liveliness and coloring. The animation studio which made it is a minor one called Daume, whose most famous works include Le Portrait de Petite Cossette, Minami-ke, and Shiki. Fan service aside (which is mostly boobs, tight clothes, cosplaying, and slave collars than nude or underwear) it is still nice to look at if your expectations ain’t too high. The sound part is hard to judge because there are too much high-pinch and stupid pop songs going around to properly appreciating the work voice actors gave to it. I guess it is also ok if you like such stuff. The opening song is ear-catchy if you can tolerate the munchkins that sing it.Bottom line, this is not a good anime. It is not even average… Ok, it is shit.

I can understand why alot of people didn't like this anime but sadly i actually enjoyed watching it. Sure the story and concenpt of it was not anything special but after that it wasn't complete garbage. I watched it over a couple times and i don't see nothing wrong with it besides it being almost a complete knock off of other anime with the same genre. But sadly i don't hate it and won't hate it because of it. 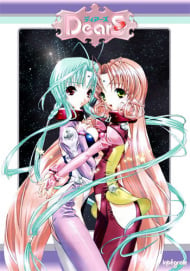 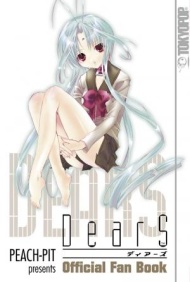 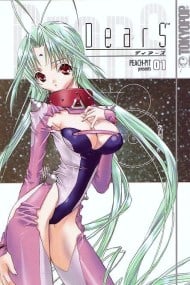