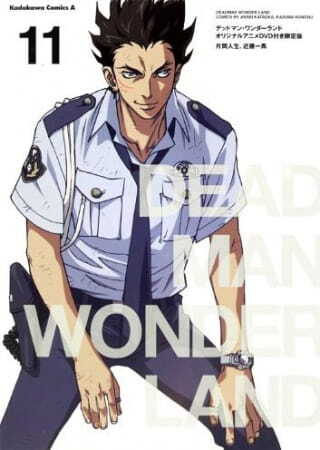 Yay an OVA about Senji! He is by far the best character in my opinion, so watching an episode devoted to his past sounded epic. It isn't that the episode was bad, it was just cliche. I wanted him to have a more badass background and maybe see why he was put in Deadman Wonderland as a prisoner.

The animation, as with the show, was on point. Senji's branch of sin was epic as always and the villain in this chapter had a decent B.O.S. also. It just seemed like the fight could have been done a little crazier. It didn't really hold a candle to some of the battles in the show.

the voice acting and music were wonderful as always. I love the one liners.

the new batch of characters were pretty well done. I liked the old man police officer. The villains were stock though. It kind of reminded me of either an episode of Law and Order or a generic revenge flick without the ending payoff.

overall, I know I talked a lot of shit in my review, but that's only because I wanted more out of this. For one, they should have made like 5 OVA's, and for two, as I said, Senji is my favorite character so I wanted even more badass-ness if you will.

Deadman Wonderland OVA follows the story of Senji Kiyomasa after the disaster in Japan.

Defiantly worth watching if you like Senji’s character or just like the anime // manga as it gives you more backstory on events after the disaster as well as good character development.

I just finished watching this OVA of Shenji and it just makes me love Shenji more he is my top favorite character in Deadman Wonderland. If you have not watched it you should watch both the OVA and the anime if you like gore. Overall I give this a 9/10! It was very touching.