SPOILERS FREEE!!!!!!!!!!!!!!!!!!!!!!!!!! so to start it off ill say DATE A LIVE 4 definetly lived up to its ame for trapping the viewers for wanting an another season and the heck S5 has been confirmed for production..... this anime literally has been renewed the most among all other anime i have watched.... so just knowing this thing actually make you realise that its pretty darn popular and not just that its story line charecters are unique and really awesome . STORY; its beyond comparison ist unique interesting and in this paritcular seasom many questions from previous seasons have been answered and this seasons ending was a real big CLIFFHANGER and i am actuall pretty crazy about S5. animation and sound are excellent no compromise in that department CHARECTERS: now this is a huge blast of charecters and there back story each and every charecter have a proper back story and some have many mysterious vibes comming from them but once again many mysteries were solved in this season but shidou itsuka still have many untold facts to be known, hope S5 will answer all the questions and uncertain stuff.... so overall this anime series is a total blast and worthwhile for every anime fans.... if you are a fan of scifi romance action drama comedy, this anme is definetly recomended for you.... FUN Watching. signing out Yuuki Anona

So... season 4 is finally finished... here we go: I think this season did an amazing job concidering it was produced during the hight of Coronavirus, but it did indeed have potential to be much better. I'm not going to complain about the issues I had with the story adaptation because I've never read the Light Novel and this season didn't have time to do any filler/fan amusment and whatnot, so let's just skip that. Animation: The new art style is definetly something I wouldn't mind sticking with... this is the first time Date a Live has actually been "Modernly animated", as S1 and 2's art style is very dated and S3 got One Punched (One might say). But as has been pointed out... the CGI visuals got super bad by episode 6, but that's something that can always be fixed in the DvD release. The main thing I didn't like about the new art were the characters eyes... with the animation being much more smoothly drawn, the eyes made many of the characters look way younger than in S1-3, and some of the characters (Like Ryouko and and the Ai-Mai-Mii trio) I didn't even reconize until they were introduced (It clicked on he for the trio when the usual "That's so lame" was dropped and I realized who Ryouko was after Origami called her "Captain"). I think the new eye design was unnecisary and honestly made them look like babys at times (Seeing Westcott in the car in episode 3 was especially weird). I did get used to it in the end though, so it's not much of a deal right now... I was just putting my first judgment. Sound: I really don't need to say much here. The soundtrack was outstanding as usual and none of the voice actors changed. Characters: Ok... Shido, Tohka, Kotori, and the other spirits got their development in Season 2. Natsumi and Origami shined in season 3. Now it's time for the villians to shine, Kurumi and Westcott. What I found interesting was that the 2 new spirits (Nia and Mukuro) were used to slowly unveal Westcott's true goals, though not completely. Hell, even Kurumi was used to unravel the absolute monster that Westcott truley is... He's been so cruel and brutal in the previous season (And also shows himself the be extremely sadistic during the final part of season 2), so I never would've expected him to be this bad. In a twisted way, he's actually been nice this whole story up until now. This man is an absolute demon dressed in a jump suit, and he may actually be the most fucked up character I have ever seen. As for Kurumi, they show what has been suggested since season 1, she has way more good in her than evil. It's almost like she's struggling to know weather she's good or evil (Like Accelerator in the Torau franchise). Rather than being turned more evil like Westcott was, she is turned good. This also finally confirms who the villain of this sires is... both Kurumi and Westcott are reocurring characters who clearly have screws loose, but Kurumi opens up to Shido here... which makes Westcott the true main antagonist of this sires (I had expected that for a while given how popular Kurumi is, but you still never can be sure). In conclusion, I think this was a great way to commence "The Beginnig of the End" of the sires (We are clearly entering the Climax here). Some parts were a bit disapointing, especially through the animation. But Date a Live doesn't really need good animation like most shows do... and stuff like that is just a great bonus. I'm not a huge fanboy for this sires, as it's just something I stumbeled across during COVID and enjoyed enough to come back to, but I definetly am excided for season 5! 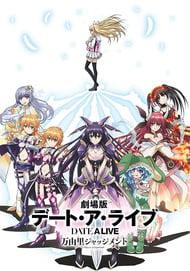 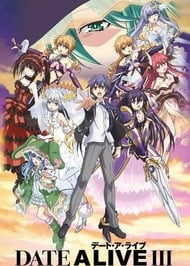 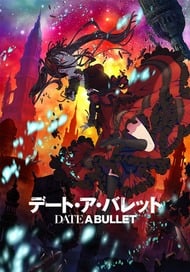 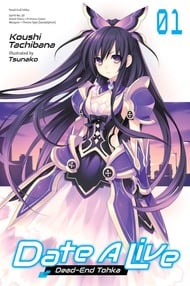 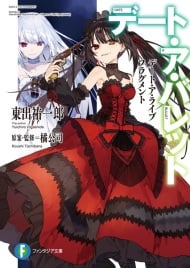