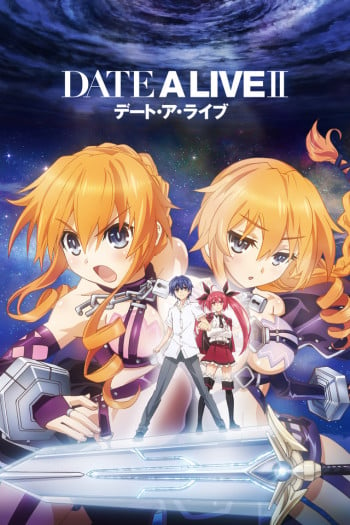 When I woke up, I found myself inside a spaceship. I guess you guys think I’m talking nonsense here, but I also have absolutely no clue about what exactly happened to me. I was really close to completely losing it, but fortunately, I managed to notice that this place was really similar to the world featured in a game I was playing recently. Am I dreaming? Nope, it’s no dream. Maybe I actually got sent to a different world or something? But didn’t those things usually involve getting sent to a magical world with elves, dwarves, dragons and whatnot? In any case, I don’t know what caused this, but I guess I’ll just have to suck it up and live properly in this world from now on. It’ll be okay. I got my trusty spaceship so I can probably make some money. It’ll work out! It has to!

I Saved Too Many Girls and Caused the Apocalypse

Namidare Rekka has a very unusual birthright. After his 16th birthday, he will be drawn into many different stories. Each story has a heroine, and each story depends on him to be the hero. On his first day of high school, a strange uniformed girl that only he can see shows up. She claims to be from the future, and claims that his rescuing of many heroines is going to cause serious trouble for the future. It's not long after this encounter that his troubles begin. His childhood friend Satsuki invites him somewhere, possibly to confess her feelings for him. However, before she can, she's kidnapped! Rekka wants desperately to help her, but he finds himself being tossed into various sci-fi and fantasy worlds, each with their own heroines in trouble. Will he be able to get back to Satsuki? Will he be able to save all the others? How can he really tell the consequences of his well-meaning actions?

The year is Universal Century 0096, and Banagher Links is a student at the Anaheim Electronics Industrial College training facility at an incomplete space colony. There, he rescues a girl named Audrey Burne and helps her to evade capture by Zeon remnants known as the Sleeves. The Sleeves are after "Laplace's Box" an item the Vist Foundation has had in its possession since the beginning of the Universal Century which can be used to topple the Earth Federation government, and Cardeas Vist, the head of the family plans to hand them the key to it. Audrey, fearful of what will happen, wants to convince Vist not to give them the key. The Earth Federation's Londo Bell unit attacks the Sleeves and Banagher is drawn into the chaos.

A world where wars are fought with spies. With a mission success rate of 100%, the remarkable, yet rather difficult to deal with, Spy Klaus is being tasked with an almost impossible mission by the agency, harboring an insane 90% chance of failure and death… which for some reason involves seven inexperienced girls?!

In 2016, in the Austrian city of Miliopolis (formerly known as Vienna), people believe in various gods, and they fight and throw their lives away for them. One day, the religious student Touma runs into a beautiful young woman named Ageha. Shortly thereafter, they're attacked by terrorists. Then Touma learns, as she rescues him, that she's actually a human weapon, with high-tech mechanized body parts. Ageha, and others like her, fight terrorism in the chaos of Miliopolis!

In the future, Utopia has finally been achieved thanks to medical nanotechnology and a powerful ethic of social welfare and mutual consideration. This perfect world isn't that perfect though, and three young girls stand up to totalitarian kindness and super-medicine by attempting suicide via starvation. It doesn't work, but one of the girls—Tuan Kirie—grows up to be a member of the World Health Organization. As a crisis threatens the harmony of the new world, Tuan rediscovers another member of her suicide pact, and together they must help save the planet...from itself.

854 years since humanity reached out into space… They are now the most populous species in the galaxy. The frontier country of Tsukimurakumo and the Holy Albiono Empire are embroiled in a lasting war over the resources of different planets. Kumainu Akane, a second lieutenant of the Tsukimurakumo army, and Lilis, a soldier of the Holy Albiono Empire were stranded after receiving damage during battle. Their machines were half-destroyed and neither were operable nor able to transmit messages. There, the two of them entered a truce to try to find a way back to their space sector. Fortunately, they were not lacking food supplies and had plenty of materials to work with such that it might be possible to return if they manage to combine their machines…? But, the estimated time needed for repairs is forty days. Will Akane and Lilis be able to cooperate and return home alive!?