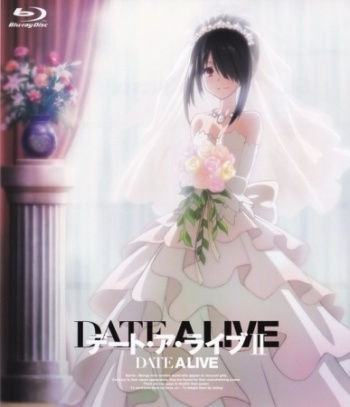 If you're looking for manga similar to Date a Live: Encore OVA, you might like these titles.

Reborn as a Space Mercenary: I Woke Up Piloting the Strongest Starship!

Sato Takahiro was an ordinary office worker and hobbyist gamer until the day he woke up on a spaceship–one that strangely resembled a craft from a favorite space-shooter game. With a decked-out ship, a crew full of babes, and a fantastic universe to explore, he’s going to make the most of his good luck and create the life he’s always dreamed of!

A high-school senior named Yotaro thought he was an only child — until he met his real mother and discovered that she has 19 daughters, from 0 to 18 years old. He ends up living with his "true family."

The story centers around Nyaruko, a formless Cthulhu deity of Chaos (Nyarlathotep) who can take on the shape of a seemingly ordinary silver-haired girl. Mahiro Yasaka is a normal high school boy who is being chased by a fearsome black alien one night, until Nyaruko saves him. She explains that the creatures from H. P. Lovecraft's works are actually races of aliens, and that she has been sent to Earth to protect him from being kidnapped by an alien trafficker. Eventually, Nyaruko and two other Lovecraft-creatures, Cthugha and Hastur, ends up being freeloaders at Mahiro's place.

Kio’s an ordinary high school student living in Okinawa. One day, he meets a cat-eared alien named Eris who claims to have come to Earth for an investigation. For whatever reason, Eris has decided to live with Kio and not only is she a freeloader, she seems to have brought a lot of troubles along as well…