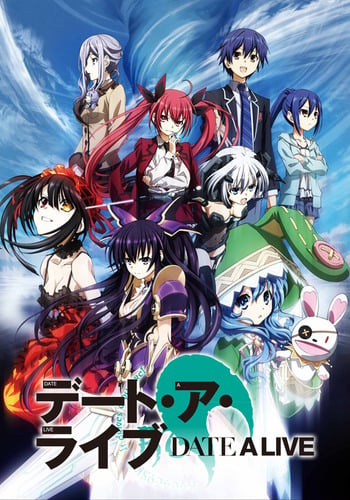 If you're looking for manga similar to Date a Live: Date to Date, you might like these titles.

When I woke up, I found myself inside a spaceship. I guess you guys think I’m talking nonsense here, but I also have absolutely no clue about what exactly happened to me. I was really close to completely losing it, but fortunately, I managed to notice that this place was really similar to the world featured in a game I was playing recently. Am I dreaming? Nope, it’s no dream. Maybe I actually got sent to a different world or something? But didn’t those things usually involve getting sent to a magical world with elves, dwarves, dragons and whatnot? In any case, I don’t know what caused this, but I guess I’ll just have to suck it up and live properly in this world from now on. It’ll be okay. I got my trusty spaceship so I can probably make some money. It’ll work out! It has to!

A high-school senior named Yotaro thought he was an only child — until he met his real mother and discovered that she has 19 daughters, from 0 to 18 years old. He ends up living with his "true family."

Yagimoto Kazuhiro is a high-school boy known for setting couples up, but in reality, he just wants to get a girlfriend himself. One day, a girls asks him to be her boyfriend...but its not what he thinks it is.

A high school student named Tsukasa Hinomoto was told one day by his parents that he was adopted. Furthermore, they tell him that his real father is a manager of a large company, meaning he is very rich and holds a lot of power. Tsukasa's real father wants his son to marry a good woman, so he sets up an event known as Marriage Royale. Beautiful girls from all over Japan will come together at a school built especially for this event and vie to become Tsukasa's fiancé.

After being separated for six years, twins Akito and Akiko Himenokouji have joyously reunited and are as close as ever - in fact, maybe a little too close for Akito’s comfort, as his sister has developed an unrestrained brother complex! Though her brother doesn’t take her lustful feelings seriously, Akiko is determined to set the record straight with the other ladies around him, including the three other beauties that live in his dorm and want the boy for themselves. Every morning, noon and night, the girl continues her mission to cross the line with Akito, and she won’t let any girl or sense or morality get in her way - for as long as there’s love, it doesn’t matter if he’s her brother!

Ore to Kanojo no Pandora Box

Our protagonist, who goes almost unnamed, except when he's called "Ka-bou" by his childhood friend, finally meets the girl of his dreams, Kanda Asuka, and confesses to her the very next moment. Oddly enough, she warns him that nothing but despair will fall upon him, but he doesn't care about this fact. Amazed by the protagonist's confidence, Asuka accepts his confession, but under one condition: To change the inevitable future that she's able to foretell. With rumors that she is the Lapis Witch, Asuka has the Pandora Box ability to foretell the dark future. To change the future, will our protagonist be able to accomplish this tall hurdle? Will he even take a step closer to finding romance with his new "girlfriend"?