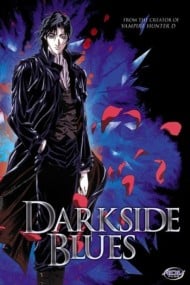 In a world dominated by the ultimate family corporation, a man arrives by unusual means in the worst part of the worst city in the world: Tokyo Darkside. His origin is uncertain, his powers unknown, and his motivations obscure. We know only that his purpose is ‘renewal’. Of what? Or whom? This complex and highly symbolic movie will appeal to any who enjoys trying puzzle understanding from fragments. The fights are spectacular, and it does make sense… eventually.

The Persona Century Corporation has purchased nearly every inch of land on earth available. Dissension is not tolerated within the corporation's borders and those who oppose Persona are dealt with swiftly. Of those few places not yet under Persona's control is the free town of Kabuki-cho, also known as "The Dark Side of Tokyo". Within the town, under the leadership of a woman named Mai, is a small resistance group called Messiah. Into this world steps a man who takes the sobriquet of Kabuki-cho: Darkside. Sealed up in another dimension eighteen years ago by Persona Century, Darkside now returns to aid Messiah using his unique mystic power of renewal. That description is probably the only time that you will ever see something coherent about Darkside Blues plot. The whole film's plot just moves from one thing to another without much of a proper transition, and without much of an explanation or reason either. And yet, strangely enough, I don't feel like it's too much of a detriment to the movie. Darkside Blues has this weird dream like quality to it, much like a David Lynch film, and that extends to most of it's plot. Much like things happening in a dream, the plot, along with characters and their actions, either appear or happen with little to no logic, sometimes to completely disappear. For example, the titular character, Darkside, is introduced by horse and carriage, coming through a painting from another dimension. Yes, it's that kind of anime. Sure, there is some explanation as to what's going, as few and far between as it is, but it's more about fitting with the mood of the whole thing rather than everything making sense. Everything that happens fits with the tone and mood that the movie is clearly going for, and nothing about the plot is outright incomprehensible, even if it's plot feels a bit muddled and a lot less polished than a David Lynch film. With the plot so disjointed, I actually went back and read the manga to see if they had left anything out or had maybe changed something about the plot to fit into the budget. Well, I can definitely say that the anime is pretty accurate to the manga sans a few minor details, so it being like this is intentional. The original manga was written by Hideyuki Kikuchi, who also wrote the Vampire Hunter D and Wicked City series, and his writing style does come across to some degree in Darkside Blues in that, like those other works, Darkside Blues has a similar moody tone and is very atmospheric, much in the same as the Vampire Hunter D and Wicked City adaptations. Darkside Blues is is a difficult recommendation. On one hand, it's very atmospheric and has a nice slow moody pace to it. On the other, it's borderline incomprehensible plot is going to turn a lot of people away from it. If you're the type of person who loves a good David Lynch film, enjoyed the adaptations of Vampire Hunter D and Wicked City, or just really enjoy a moody atmospheric aesthetic and don't mind a plot that is a tad less coherent than something you'd normally watch, then this might have something that you like.

I tend to go for darker themed anime that has no little kids in it. It really limits what I can watch now a days, so I looked back to the past for anime I had never tried before and this anime movie was one of them. After watching it, I came to the conclusion that this is one of those shows that I will probably forget pretty quickly. That being said, I had no issue watching it to the end. The story was not bad per se, I just didn't really get into it like that but I also didn't feel compelled to turn it off or check how much more I had to watch either. The plot felt hurried in a lot of places and many things felt like they were not explained enough, mysteriousness is good and all, but when it is too mysterious it gets kinda annoying. The animation is not bad, just old. I'd even go as far as to say that for the year it came out the animation might have been considered pretty good back them. It is a early 90's anime after all. I am no expert though. To me the sound was the worst part of the show. The beginning song was not to my taste and much of the background music was pretty bad. The voice acting with only a couple exceptions was bad. The main girl, her extremely buff guy friend and the corporate successor man when wearing that green mask, were the ones that stood out as having the worst voice actors... The rest of them were OKAY, but not great. The Characters were all over the place. Many of them had great potential to be good interesting characters but they all fell short of their potential given the time constraints. The black haired sort of main character girl and the sort of main character escapee terrorist guy are the only ones that developed enough for me to feel anything for, though they were really not the main characters... Darkside - He is a character who seems interesting but we really don't get much information about him... at least not enough to satisfy my curiosity. He was sealed by Persona corporation, I get that, but we still don't understand what he is exactly or why he came back. He continually talks about renewal and saves the female main character but... why? I felt too much was left in the dark about him even by the end of the movie. What does he plan to do now? What are his goals? The only thing I thought of about him at the end of the show was wondering if in the manga they fleshed out his character more. The Successor of Persona Corporation - I've already forgotten his name and I just watched it. His sister enjoyed torturing people... and seemed to think he didn't like her doing that. However, he did nothing about it. We don't know for sure until later that he is the guy with the green mask. When we see him at the very end get his mask broken in front of the blonde female main character, we see that they had some sort of romantic fling once upon a time, though there was no build up and so finding out didn't affect me or make the story feel any better one way or another. I felt nothing for his character. The main character girl - She is a blonde haired delinquent of sorts. She seems to have a crush on Darkside though it seems he doesn't even really care. However, perhaps at the end of the movie when she punches the guy she sopposedly had feelings for that was a bad guy, then maybe in the manga they get more involved? I don't know. She has a gun bracelet and seems kinda slutty. Thats about all I could take from her character. The mysterious boy - I've forgotten almost everyone's name already. This is the boy who goes to fetch Darkside from where he was sealed in the beginning. Nothing is really known about him. Is he good? Is he bad? He seems to help people when he feels like it. There is nothing else really decernable about him from the movie.  Overall: I'd say this movie may be good for those who have read and liked the manga... though I am unsure about that since I have not yet. Otherwise, the movie just kinda feels pointless. It's got a dark atmosphere and action. If you are bored. Have nothing else to really check out and are looking for something like that, you may find yourself slightly entertained for a short time if you watch this, however, you probably won't remember it afterward.

Story: so the start of the show is good but when it gets going I feel like they are just jumping all over the place and there are thing that are going on that I do not know what is going on I mean Darkside comes and goes in this show like he do not care what happens to anyone it was crazy wreid at is all Animation: Its the good old Classic's the environment is good but not realy the best ya know, Plus there was 3 parts that I nocied where some of the Voice Actors where talking and there Characters voice where no moving but this dose not kill the show so do not get all mad and pissed of if you read this and then say I will not read it and go off and cry that a little baby in your little Anime corner FOR CRY BABY'S Sound: so there where spot in the show where it did have a drop in the sound of the voice but not to bad, I mean you can here it but it is not like OMG I am going to die because I did not hear what Darkside or anything :O Characters: SSSSSSSOOOOOOOOO I though that the Characters where pretty well done for this show there was alot of detail in them and I could get there expression realy good and that is what I like to see love it alot 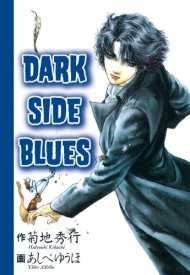