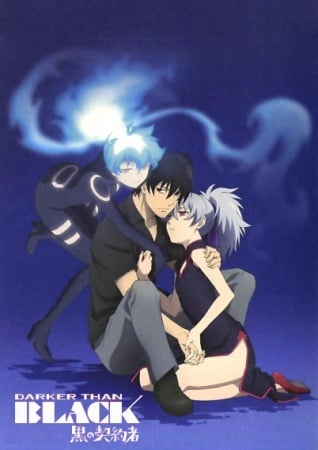 If you're looking for anime similar to Darker than Black: Kuro no Keiyakusha Gaiden, you might like these titles.

Both these series hinge upon:

- using "monsters" to show how fragile and important positive emotions are in making the world worth living in...

- getting very "dark" in content when it moves the emotional story forward.

The differences between the two are only that Elfen moves slower (it's 3 years older so it's expected) and has even fewer "laughs."

After THE REFLECTION, some of the people in all parts of the world are discovered with super powers. Some become heroes, and others villains. How did The Reflection happen? What was the cause of it? With many unsolved mysteries, the world is lead into turmoil.