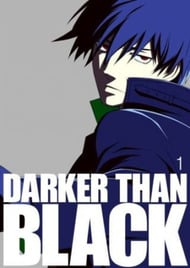 StoryDarker than Black wants to be Cowboy Bebop so badly, it hurts. There is such a noticeable similarity between the two series that comparing them is virtually unavoidable. The problem, of course, is that Darker than Black is not Cowboy Bebop. To be sure, Black isn't a total carbon copy. The series' plot is, at least superficially, very different. Also, Darker than Black, true to its title, starts out somewhat moodier than Cowboy Bebop's beginning. However, the same hodgepodge of genres and episodic story structure is here, as well as some other familiar themes and motifs (The Girl who Haunts the Hero's Past, the ephemeral nature of life, etc). Sadly, Cowboy Bebop’s story might just have been one of a kind. There was a giddy, off-beat, almost poetic flow to the series, which was a major part of what made Cowboy Bebop such an entertaining work. This feeling is all but missing in Darker than Black, and in its place is an uneven, somnambulant narrative that lurches and groans under its own weight, even as it delivers clever premises and interesting twists. Still, Black’s plot isn’t without its strengths. In particular, I loved the various superpowers that each of the characters had. While not particularly original, the cleverness with which the abilities are revealed and used never ceased to impress me. Nonetheless, in spite of some extremely entertaining isolated moments, there was always something missing. In Cowboy Bebop, I eagerly pressed on to the next story arc, curious to see what the writers could possibly come up with next. In Black, I progressed more in the reluctant hope that the series might finally find its feet. It never did. Instead, the story continues to waddle at its own uniquely awkward pace. The show tries almost everything – action, romance, comedy, tragedy, mystery and even some philosophy – but never seems to find the right combination to make things work. This is a shame, because in each of these half-hearted attempts, there are occasional moments of brilliance. One gets the feeling that if Black had concentrated on something, anything, it would have done it impressively well. Unfortunately, this never happens, and what we’re left with is a plot that is easy to admire but difficult to actually like. Cowboy Bebop felt joyously eclectic; Darker than Black is tragically so.AnimationThis is one of the better animated series this year. The character designs are appealing and memorable, and the action scenes are top-notch. Of particular note are the backgrounds of the city that Darker than Black takes place. The eerie, futuristic setting is detailed and frames the action nicely. If I have one complaint, it is with the general style of the studio. Bones has always had a distinct style, but in this case I feel it works against a show that is trying to be melancholic and “Darker than Black.” While the studio’s signature look (particularly the colorful palette and crisp borders) is fantastic in a vacuum, I feel a more muted, fuzzy visual style along the lines of Ergo Proxy might have fit better.SoundIf the soundtrack had been made by anyone else it would have been a nice surprise, but coming from Yoko Kanno it is a mild disappointment. Here she goes for a jazzy sound that evokes memories of her work in Cowboy Bebop, but the end result just isn’t as captivating as it was 10 years ago. The music, while not terrible by any means, is the first Yoko Kanno OST that I can remember not bothering to download. Still, her work remains well above par, and the two OP’s also help keep things fresh. Furthermore, while the tracks aren’t much to listen to by themselves, they tend to do a fine job of setting the mood.CharactersMost series tend to do a decent job of developing their protagonists, but neglect their villains and supporting characters. Darker than Black has the opposite problem; in some cases, the single-episode characters feel more developed than the main character. The problem with Darker than Black’s hero is that his motives and feelings are largely kept secret until almost the end of the series. As a result, it’s very difficult to feel for this character; I could watch what he did in passive interest, but was ultimately unable to form any sort of empathetic bond. On the other hand, the villains are some of the nicest I’ve seen this year. As well as having nifty and creative super-powers, they tended to be surprisingly developed. The exception, again, is the “main” villain, who remains a completely uninteresting enigma until the final episode.OverallDespite its considerable strengths, Darker than Black is and oddly muddled and unfocused show. While the series’ excellent disparate elements are enough to make me (weakly) recommend it, I can’t help but wonder what the show could have been if these elements had been better tied together. 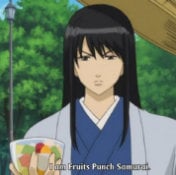 I'm going to give a shot at reviewing my first anime on this site, and see how it goes. Darker Than Black Story - 9.0 Overwhelming Tokyo is a mysterious hundred story tall wall, closing off an area known as Hells gate, while superhuman people known as contractors do battle in the streets.  This is not the Tokyo you know! Darker than Black weaves an intricate and methodical story which builds upon itself masterfully.  While no one would confuse this anime with a fast moving Shounen, it certainly has a fast enough and well structured pace to its narrative that is sure to keep all but the most ADD anime viewers interested.  The anime starts with two 2 episode "world introduction" arcs, followed by a chain of 2 episode character introduction arcs, interrupted at points with several "narrative" arcs, and 2 "comedy/change of pace" arcs, which oddly still advance the story, so they fall short of the classification of filler. The thread tying all these arcs together and simultaneously driving the narrative forward is the protagonist/antihero Hei (the Black Reaper) aka BK-201 aka Li Shun Sheng and his search for his long lost sister Bai.  Strangely though he's close to the center of all of the arcs, he remains the biggest enigma in the anime for the majority of its length.  One of the most fascinating games the writers play is their hints at his past which is never fully explained while we are slowly exposed to his past we start to see as an audience just how it ties in with what is happening now, and how all of the story has been woven together. Animation - 7.5 The animations style is fluid and the colors muted, however nothing about this anime will leap off the screen at you.  The trick is, I saw this quality of animation in 2003, and while it remained good in 2007, its grown rather dated since.  The combat flows smoothly and the characters remain largely well proportioned, some of the combat physics bugged me to no end.  In short, this was good animation, and remains good animation, but it's already starting to show a little age.  It’s good, not great.  When compared against one of it's contemporaries like Black Lagoon, it really doesn't impress. Sound - 7.5 The music was alright.  Nothing notable.  I know some people rather loved the OP and or the EDs for the series, I never really found them much to write home about.  What really carried the anime was the soft piano ambient music which seemed to set the proper tone throughout.  Throw in a solid voice cast (Kirihara Misaki's VA, Mizuki Nana deserves special recognition) and you have a solid, if not inspired auditory experience. Characters - 9.0 The characters were a mixed bag, and I really struggled to rate this.  On one hand you have the mix of the cliché.  You have a deadpan grey haired loli, you have a snarky sidekick (granted it's a cat, so that's a little weird), you have a heavy drinking foul mouth authority figure.  What sets these characters apart is the depth granted them.  Every major character in this anime got his (or her) own arc, to develop their background, examine their motivations, and advance the plot.  Even sometimes antagonist Section Chief Kirihara is well developed to the point she's nearly a lead character in her own right.  The lone blemish in this excellent cast is the horrifically bad character "Amber."  For a character around which most of the last 1/3 of the anime is revolving, she remained not only a stunningly shallow character, but an annoying "Mary Sue" as well.  Granted she had some "explanations" for her inhuman competence and almost god like prescience, but in the end she simply fell flat as either sympathetic love interest, or devious antagonist.  In an anime which revolved around a gritty and dark magical realism, she simply never quite fit. Overall - 9.0 This anime really was greater then the sum of its parts.  As a rare well executed Film Noir style anime it stands out.  It contains a number of overlapping themes, such as the definition of humanity, friendships, and a person's place in the world.  Its short 2 episode arcs make for easy watching.  Its deliberate and complex plot lays a number of clues about a number of mysteries, some which are answered (as number of which are left unanswered) at the end.  Finally, the anime ends at a point where you the viewer can walk away satisfied.  When you consider the engaging characters, the gritty and dark plot, the solid animation style and the well written storyline you're left with a memorable and enjoyable Seinin anime. 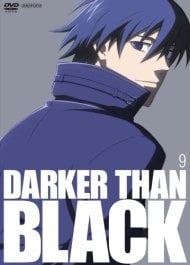 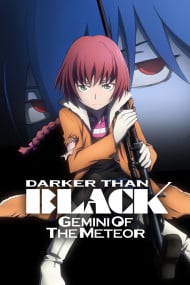 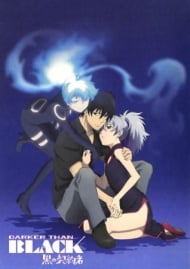 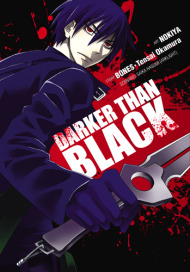 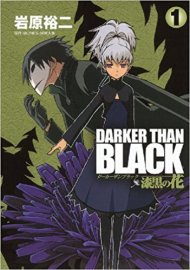