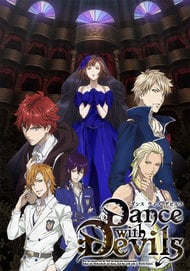 Second-year student Ritsuka Tachibana has the perfect school-to-life balance, but all of that’s thrown into chaos when she discovers that several of her handsome male classmates are actually demons in disguise.

Haiiii~ (~◠▽◠)~♥ Let's watch Dance with Devils! Or more like: Dance with Devils, Vampires, a Dhampir, a Fallen Angel and a freaking Pomeranian... For the record, I HATE reverse harem. But I'm looking for a exception. A reverse harem where the story focuses on a female protagonist being a bad bit*h to everyone. I have never found any of reverse harem shows interesting and they are ALL THE SAME.  And not only that this is a genre that I hate, this anime is ''Original Work'', which basically means this show was written by 5 drunk Japanese salarymen. Speaking of ''Original Work'', I did have a good damn time watching and reviewing this show, but Dance with Devils is supposed to be serious... ish.  Let's just get on with it! STORY I swear to god if I hear the word ''GURIMOIRU'' one more time... The story is... kinda bad. It's based on a high school girl who's living a normal life but then she gets in contact with demons. This leads to her being in between of demons and vampires who are fighting to get a grimoire. This anime has musical elements (I've never seen this before to be honest). So in the middle of nowhere, a certain character starts singing a song with dumbest possible lyrics (and tbh some can't even sing). I think this makes the story seem stupid and cringeworthy. So the story is more less okay, but the musical elements just kill every potential good part of it. So, it's a 5/10 ANIMATION Very well done. I like to see a lot of detail on characters, and this anime has it. The way characters are animated is super well done, and the animation in general is gorgeous. Also, very colorful and polished animation. Probably a best aspect of this show to be honest. I'll give it a 8/10 SOUND Well, there's nothing wrong with the sound but... Those songs that I mentioned before just made me think ''y tho''. Is it really necessary to bring 6-7 voice actors into a studio and make them sing stupid songs no one will ever remember instead of putting sound effects, breathing or even humming? I seriously thought that was stupid. Oh and lyrics of these songs? ''My name is Rem'', ''VANQUISH!'' (wtf?), ''I'll give you VIP dreams'' (wtf?), ''amour, amour, the more we amour, the more amour allures us'' ...  Whoever wrote those songs should start over. Like literally, career wise, start over. But overall, the voice acting is well done, music is horrible and the OP/ED are decent . . . I'll just give it a 6/10. CHARACTERS Well, there's the useless ''centre of the harem'' girl, her brother, her 2 female friends (1 is relevant), 4 of the demon boys, the other other blue haired guy and ''androgynous vampire''. Ok let's go through each one of the demon boys since they are basically the main thing in this anime. Rem KAGINUKI - TSUNDERE BOY. People always told me guys can't be tsundere. Well guess again biatch. He's cold af, he doesn't see mushrooms as food and he has a god damn pomeranian. I mean COME ON. Other than that he's just a basic handsome protagonist with nothing else to offer. Mage NANASHIRO - Okay this one is annoying the sh*t outta me. He's the buff masculine guy who wears his school uniform in a informal way just to show off his muscles or his Armani sweatshirt. And he's wearing a tie over his sweatshirt I can't. bye Lindo TACHIBANA - The brother. Can't (and shouldn't) sing. And hmm maybe she should introduce him to someone who's... idk, NOT BLOOD RELATED!? Stop. Incest is not cool. Shiki NATSUMEZAKA - You know the show is not that good when the psycho character seems most normal. Um idk he's cool unless you open up his freezer. Honestly this is the only character that's interesting to me. Urie SOGAMI - Calls girls butterflies. That's all, good day and good night. And the girl... TACHIBANA RITSUKA (you will easily remember her name because they mention it at least 40 times each episode) is basically nothing except for cute and pretty.... Wise? - NOPE Smart? - NOPE  Interesting at all? - NOPE Cute and Pretty? YEAH! Her grimoire brings all the boys to the yard... and I'm not joking literally ALL THE BOYS So yeah those are basically the characters. I like some of them but to be honest no one is well developed or interesting. 6/10 OVERALL This was a great idea.  Not sure. It sucks that this show has such a good animation and it had potential and could have been a decent... 5-way romance thing. But the singing is throwing it in a wrong direction. So I'll give it a 6/10. Meh. That's it! Thanks for reading my review! I'd recommend this anime to musical lovers, diabolik lovers, and basically anyone who likes watching guys make a fool of themselves in front of a ''nothing but pretty'' girl. Rate if you found this review helpful, funny, or just like it. I have more anime reviews so check them out if you want! Thanks and have a nice day ^^

This is one of the worst anime's I have ever watched. Let me break down why. This anime is a musical. It is a very poorly written and sung musical. It seems the storyline was meant to be performed in a theater on a stage. Somehow it was made into an anime instead. Includes: Useless costume changes Random dream and scene changes Horridly acted death scenes Generic (and annoying)characters Predictable plot Bad voice overs....and so much more. In all honesty, it probably deserves a lower ranking but I have sat through worse. I actually on finished the whole series so I could write this honestly.  If you are hard up to fill our anime/romantic fix, then this is a watch at your own risk!

This anime has lots of singing. Not really my thing, but the songs are decent. The plot is on the borderline of BORING. I almost quit the anime unill episode 9 when it finally had just a tad of plot develepment. What I really don't like is the mc Ritsuka. I hate how they make her look dim and stupid. If you can get past the dim character making the same mistakes and lack of plot you'll like the show. 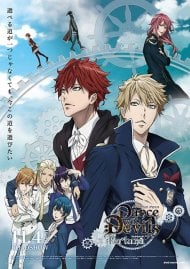 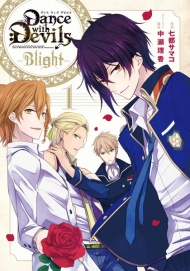