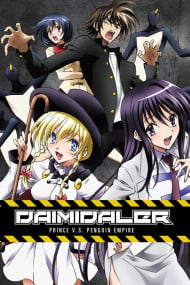 There is a high school boy named Madanbashi Kouichi who has Hi-ERo particles, the power source to operate the robotic weapon Daimidaler. With the help of Sonan Kyouko from the mysterious Prince Beauty Parlor organization, he stands up against the Penguin Empire that troubles humanity.

Why is this show so poorly rated? Sure it's not work of art but it's not that bad either. It's the kind of anime where you just sort of shut your brain off a little and enjoy yourself. The main character (for part of the series) is Koichi and he's the "openly perverted MC" that started to become more and more popular. The rest of the cast are at least okay and work off of him rather well. My one complain is for reasons I won't say for spoilers sake the focus of the series changes to a new MC for a good chunck of the series. This new MC in honestly rather annoying and is more your typical "Scared boy" type character although to his credit he does gather enough courage to protect his girlfriend. Damidaler doesn't have anything special in terms of animation but it does look fairly good and serves it's purpose. The sounds suits the show well enough and the opening some especially I found to be catchy. Overall this show is not a "must watch" but it deserves more love than it is getting and if you liked shows like Highschool DxD then you will probably enjoy this as well. 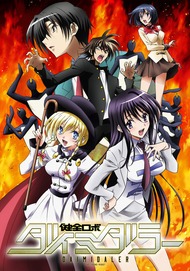 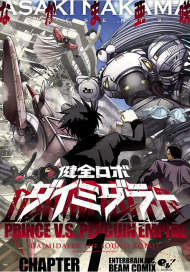