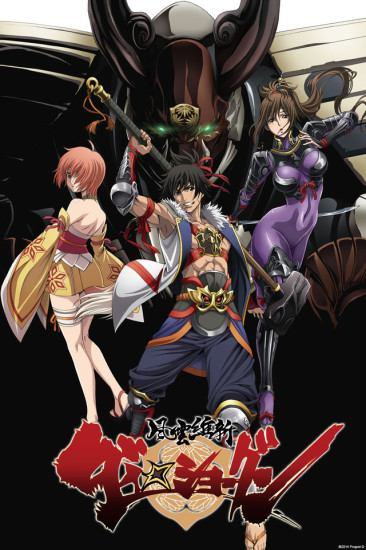 In 2042, the Earth avoided destruction at the hands the invaders known as the Minesis with the aid of its newly created God-Soul Mecha. Most of the pilots' lives were lost, causing the Earth Defense Force to create many teams of new God-Soul Mecha in preparation for the return of the Mimesis. However, when people once thought to be dead are found inside the bodies of the newly defeated Minesis, friends become enemies and new feelings clash with the old. Can the pilots of Earth's best defense against the Minesis keep their personal lives out of the battle long enough to save it?

There is a "Pair" of reasons I am giving this recommnedation.  Being a mecha/comedy is not the primary set.  Sure both titles have piloted mecha with animation that is super glossy, but there is another reason...

That second reason is one that involves the words bouncy, stacked, racked, jiggly... I could go on.

*Ahem*  Anyhow, if you enjoy mecha with a side of boobs, either of these titles will be a good fit as a follow up.

Set in a near-future world where the boundary between human being and AI is vague, a rapid biological evolution, similar to "Cambrian Explosion," is caused by one incident. This incident turns into the genesis of a new jostle for supremacy, and the influence of the evolution goes beyond biological framework and spreads to various kinds of materials and technologies. The era of massive evolution involving diverse existences, such as human, machines and biotechnologies, is coming. Characters fight an existential war in such a world.