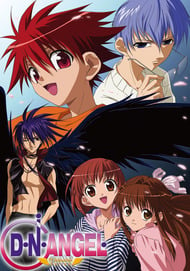 i honestly have mixed feelings about this, the first 12 episodes i hated it because all the characters seemed two dimensional, i didn't see a point in watching a boy pine over a shallow girl, and a dark angel who stole art, seemed boring, but my friend implored that i watched the whole thing...  but then, what's this?  character and plot development?  about halfway through the series, just as i was ready to stop watching, i slowly noticed changed in things and i no longer wanted to kill myself, because the anime really was grinding me with boredom until then, lol. i really wish plot development wasn't so slow though, most anime watchers who have less tolerance than me would have quit watching by episode 5-10, which is the normal cut off zone for uninteresting anime  :p  but despite being bored to tears early on, i was brought to tear from emotionally driven plot around the upper teens of episodes  :'3 so, i'd say this is worth watching, but start at episode 13...  i'm serious...  you're really curious of what you're missing?... okay, SPOILER ALERT:  kid gets rejected by girl he thinks he's in love with, his parents are mages or something, his blood has curse, edward elric's voice takes over boys body, transforms into dark angel, steal art and no one know why, boy is depressed, he whines, edward elric's voice laughs, steals more art, some other boy gets locked in a freezer with him, the anime has a yaoi tease (IMO), edward elric's voice starts hitting on the boy's crushes sister, then kisses her (i think? i forgot) boy gets made at his alter self (edward elric's voice AKA Dark Mousy, such a dumb name), etc etc, okay, ready, go, episode 13.

DN Angel was one of the best series I have ever watched. It was what got me into anime and like, the second (?) anime series I'd seen. I mean, im watching it for the third time now. i cant help it, i just loved the storyline and the characters sooo much!! Especially the soundtrack. I always turn up the volume during the theme (Vic's voice is awesome) and I just love the music that plays during the calmer moments of an episode. Dark, Daisuke, and Satoshi were my favorites. I don't think the I disliked any of the characters...even Risa, who is like the most hated character in the show (decided by fans). Anywho...D.N. Angel was and still is one of the greatest animes of all time! Strongly recommend. 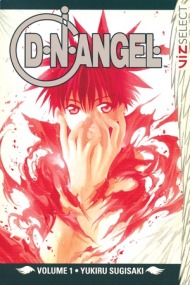