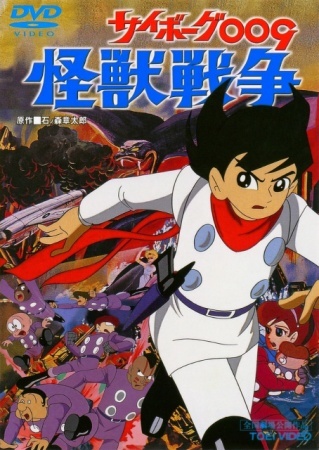 A super-powered terrorist has threatened the island of Cenancle. To fight him off, Nene Nanakorobi, a cybernetic girl-next-door, will have to team up with famous inventor Delilah Uzal and her adorably grumpy cyborg assistant, Clarion.

Meet the Keith series, the top brass of Egregori. They are five cloned siblings with terrifying powers who can only agree on one thing: the "Arms" must die!When they learn that the targets of their "hospitality" have come to America, a little welcome party is planned. Meanwhile a small town called Gallow's Bell turns out to be another top-secret Egregori breeding ground. Not only is it the home of the super-enhanced, cyborg solider "Hound Battalion," but it also harbors the Chapel Children! Could this be the Arms' own OK Corral?