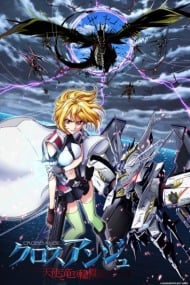 Angelise is the first princess of the Empire of Misurugi. She is the celebrated ruler of the Empire until one day she finds out the shocking truth that she is a “Norma” – an irregular being who cannot use “Mana”, and are treated as "things" rather than people. Having her name taken from her, Ange isolates herself on a remote island. There, she finds a group of Norma women who spend their days hunting dragons that have come to invade.

So after finishing this anime I enjoyed it for the most part in how everything ended, but of course this is really not for everyone. For anyone interest be warned that this anime is not pretty especially in the beginning but the fact is it will make you feel certain emotions. This anime can't be judge on only first several episode and truly can only be understood if you watch the entireity of it but doing so may be difficult for some. It shows the ugliness of people and the worst in people but as time progresses these characters grow wonderfully. If you wanted to take something from this its that you can grow stronger if you persevere in your endeavors no matter the shit that might happen in your life. Personally thats what I think. Anyways as far as anime goes this one takes a bit of grit to get through and like the anime you might find yourself a bit more enlightened after getting through those tough to watch begining episodes. If not then take what you will from it.

I was reluctant to review this anime. I am only doing this so that mature viewers don't get put off by the childish reviews that are already floating around here. Read the review by Baeron for it is the only one worth reading if you're looking for basics about this show and a good point of view on the mature themes - I will try not to copy that here. Credit needs to go where it's due. Now off to my usual biased oppinions. Watch if: - You enjoy characters with depth and genuine human feelings - You can stand mecha and a female lead - You liked Berserk - You're over 18 and are not satisfied with characters showing up with a huge band-aid after being shot point blank in the head with a rocket launcher - You can deal with mature themes (death, torture, abuse, martyrdom, human cruelty) Don't watch if: - You're 12 - You hate mecha anime and think Gundam is for children - Female leads make you uncomfortable - You need anime to be an 80's cartoon - You believe plot to be an unnecessary distraction from 10-episode long fight scenes with skill names being shouted out in Spanish This review is based off of 12 episodes aired to date and may contain spoilers. I am not going to quote the premise. If you got this far you already read it. What you want to know is - "should I bother with something that looks like a spin-off from a Nintendo game?" The answer is yes! This day and age I really didn't expect to say this, and so I will start off with it - the worst part about this show is the animation and drawing. Even though the mecha are done well, the character animation is subpar. Some scenes if you pause it you'll notice the characters are drawn worse than background noise in some other shows - like someone was in a hurry. Sound is also nothing to write home about. Some might enjoy the lead char's song, but overall it's generic. What makes this anime worth it then? The story and most importantly the maturity of the content. And I don't mean boobs flying around or some adolescent fantasies made anime. There are things here that Game of Thrones showed is a viable source of adult entertainment - abuse of power, "herd" mentality of humans, real insights into society and much, much more. Also feels like the VA's liked it - some of those voices I've heard many times before, but rarely "trying" this hard. It's like the actors thought "finally some real emotions I can relate to!" and did just that. I thought about spoiling the plot for you, but I won't. So far 12eps aired and I figured out most of what remained unsaid. I expected a bit more but was far from disappointed. It's paced well, doesn't reveal all the cards at once and keeps you entertained. Overall I believe if you're old enough to understand this show you will enjoy it. If you're not I will probably get hate mail or a flaming bag of dog-poop on my doormat. 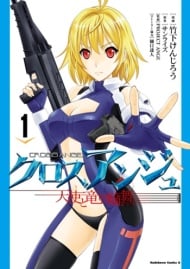 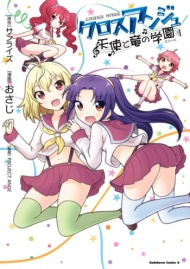