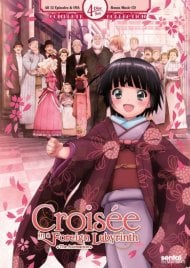 Very few anime can pull off what Ikoku Meiro no Croisee can. It perfectly balances lightheartedness with drama with a cast that's unforgettable, and it just brings about a sense of magic that can be felt fiercely. Story: The story perfectly balances sadness and joy in the environment it is in and has created. The balance transitions very well from the dramatic aspect to the joyful aspect with little to no awkwardness surrounding the situation. The situations themselves aren't sappy or uncreative either. The sad moments are sad and the happy moments are happy. The moments are all full of emotion and just are very great to watch. The many different situations are all very creative and wonderful. The many aspects of society's ups and downs are very much present and well though out. It also does a good job at expanding the characters and making them come to life with its magic. The cultural difference in the anime is also very balanced. It's there, but it's not forced down your throat either, and as a result you get to enjoy watch the difference in culture, without feeling like it's what the anime focuses on instead of the situations, settings, music, and characters. This story is just great at its balancing act and very creative situations that it just touches your heart. Characters: The characters in Ikoku Meiro no Croisee are just brilliant. Yune and Claude compliment each other very well as leading roles. Yune's innocence, joy and determination just makes her all that she can be. The fact that she's now in a country that's rather far away from her own doesn't seem to shake her one bit, because she knows to trust people. Now that doesn't men she's stupid by any means. She is a joyful character, but that doesn't mean she doesn't have any other emotions. Quite the contrary actually. Yune does get worried, shocked, scared, and yes sometimes even sad about what's going on. She is a well-rounded character, and should be known as such. Claude on the other hand, isn't a very open character at first. He's stubborn, aggressive, skeptical, and brutish. However overtime, he learns to give up his little insecurities one by one and become more open about himself and his concerns. It is shown he cares about people, but only those he trusts and cares for. Claude's development is justified and understandable. Now that I've touched on the main cast, the other characters are in need of explanation. Oscar and Alen are more or less comic relief. They're generally seen picking on Claude, or being there joyful selves, they do get worried when something bad happens. Alice is just amazingly over the top. I'm pretty sure I'm supposed to hate her, but she's so over the top that I just find it hilarious. Her antics are just vivid and very funny. Camille is a reserved character that doesn't force herself to be true to herself. While she could have been expanded on just a tad bit, for the most part she is interesting in her development. The vagrant child is a bit of an enigma. While he doesn't talk a lot, he's better that way. We can see his emotion conveyed well, and while we don't know much about his past, I feel it's better when shrouded in mystery. Overall, the characters are just amazing and well thought out a lot. Art: The art is just perfect. The settings and backgrounds are well thought out and designed flawlessly, so it looks amazingly real. The character design also works really well, in the sense that it has a lot of thought and talent put into it. It looks real. The art is just very realistic and amazing. You can see that they didn't waste effort making it. Music: The music is just pure magic. It sets the mood of the anime very well, and it fits perfectly with the surrounding. It has that touch of subtlety that makes it more grand. It works at conveying the emotions perfectly and it is just amazing. Overall: Ikoku Meiro no Corisse is just a fantastic anime. It is just beyond awesome. Its story is heart felt but fun, the characters are creative but human, the art is captivating and the music is just fun. It's really hard not to like this anime.

This is a peaceful, delightful little series filled with lots of love and warmth.  The soundtrack and artstyle compliment the story.  Delicate and sincere, this show is perfect for anyone looking for a touching story about a young girl who suddenly finds herself in a completely new culture. I found the series a bit nostalgic because I've been to Paris before.  That was the primary reason I started watching the series in the beginning. I was a bit confused, at first, about the language barriers.  It bothered me that all the characters speak Japanese even though they made it a point to show that she can't speak French or understand that language.  After about two episodes, you learn that she can understand French and can speak it fairly well.  It's not explained how she learned the language and then you wonder if she's been speaking French in private with one of the elderly characters to start with.  I know, it's nit-picky, but it just bothered me. Other than that, I have few complaints about the series.  I really enjoyed watching how she came into her own in Paris and brought a little of her culture into her new home.  The slice-of-life feel to the series allows it to move at a reasonable pace without bogging you down with too much backstory or dialogue.  I do wish that more of the side stories had been resolved at the end. Great watch.  Would definitely recommend to anyone looking for something relaxing and heartwarming. 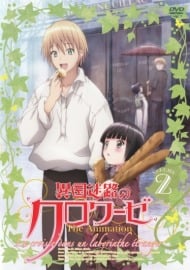 Croisee in a Foreign Labyrinth: Concert 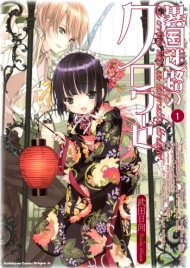 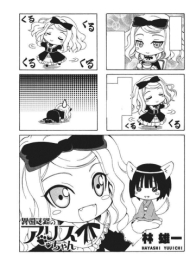