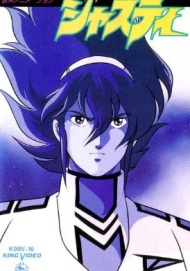 927 users are tracking this. Log in to see stats.

GOD series no.3 (Good ol’ days) More like bad ol’ days! Huh got em! Eh wait… or got me basically? What the fuck is wrong with me. Anyways when it comes to old OVAs there is one of two reactions usually, either you think why the fuck they don’t make awesome shit like this anymore, or why the fuck would they bother making this awful shit back then. This one unfortunately falls in the latter.Story is about an esper, espers are people with psychic powers, setting is sci-fi. MC is a space policeman that hunts people with his psychic powers, he killed a criminal once that had a daughter, they took the little girl in, now the daughter is older and calls him brother, some people want to get rid of him, so they hijack a plane and demand him to come along with his so called sister, then through telepathy they make her remember that he killed her father and she loses control and goes on a rampage barely killing him (supposedly cause the motherfucker didn’t have a single scratch). Then he gets mad and hunts them all down beating the living crap out of them (without lifting a finger ofc), takes the girl back to safety, all fine and dandy. That’s it. It’s boring, uneventful, action is lame, and somehow manages to have a sluggish pace in a 40 minute story. The main character is more like a modern isekai character, shallow, lame and overpowered as fuck. Girl is annoying and no other characters matters even a bit. Animation is bad, like a power point presentation, effects are lame and even though I like a dark and gloomy color palette as much as the next guy, this one was too much, like so much blue that my eyes hurt. Sound is lacking as well, music is nothing to write home about, sound effects are lame and voice acting was pretty uninspiring as well. The girl managed to annoy me in such little time. So is it worth a watch? No it is not. It is only 40 minutes long yet it is boring, lame, uninteresting and badly made. There is exactly 0 reasons this show had to be made and exactly 0 reasons that you should watch it. 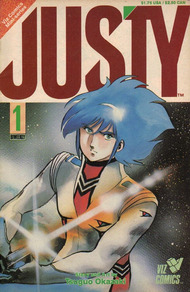