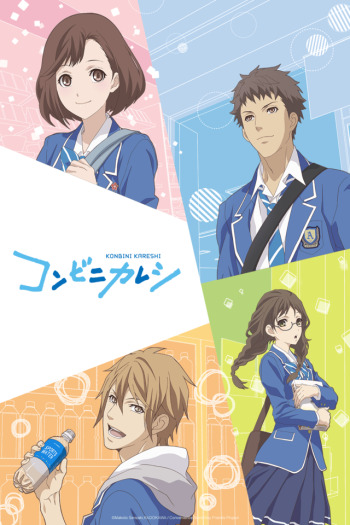 STORY: The stoy was rather boring, I loved the romance between all of the characters but at times it seemed that they where trying to hard and once the first couple got together it seemed as though they were ignored entirely for the rest of the series.

Animation: The animation was really beautiful and I loved everything about it, all the characters were well drawn and even the backrounds were amazingly well done.

Sound: I have no qualms with the soundtrack for the anime, the dub left something to be desired but the sub was amazing so if you are a person who loves to watch animes in dub I reccomend not to do that for this one, the sounds were amazing and watching this makes you feel at peace.

Overall: The anime itself was good and I reccomend watching it.

*So let’s start with the positive section but unfortunately this will be quite a short one. I had to search for details that I liked in this anime because overall it didn’t really please me.

But there was one thing that did came as a pleasant surprise and that was the plottwist in episode 10. By the time we got to episode 10, it seemed that the stage had been set in this anime. The fact that it was quite bland as well only supported that theory that nothing exciting was going to happen anymore. So when that plottwist came in episode 10, I was caught totally off guard. That was an element that I didn’t see coming and I wish that this anime would have contained more of those and exploited them more.

*And my second positive point was one of the OST’s of KK. For those of you that watched it: it was the one that was always used in the preview for the next episode. I can’t really explain why but it’s a tune that I really liked.

*Unfortunately KK did more things wrong than it did right. First up: the animation. The animation in KK was subpar. It wasn’t even average, it was below average. I saw inconsistent character design, truly just derpy faces at times and don’t even get me started on the walking and running animation. That was so rough. Purely based on the animation I would never guess that this was a 2017 anime. I would date it early 2000’s with that kind of animation. I thought that Studio Pierrot, who did quite some big titles, would know how to make descent animation, even for such a middle class, slice-of-life anime.

*But what potentially bothered me even more in this anime was the story and how unbalanced it was. KK felt like Mayoiga all over again: there were way to many characters that they wanted to give meaning and way too many romances to give descent development over the course of 12 episodes. If you look at the opening, you see 5 or 6 potential romances. The anime couldn’t even balance 2 romances, let alone 5. So there were several storylines that didn’t even get started. For some that was a good thing like that one damned sibling love episode. Am I glad that they didn’t go through with that. But overall, if KK would have just left the side characters be simple side characters than maybe it could have balanced the 2 main romances right.

*Another reason why the development felt so slow there was the fact that they didn’t use Mashiki’s illness to the fullest. We only get to know that halfway through the anime and after that it isn’t used again until the final episodes. That illness should have been the red line across this story. Take a look at Shigatsu. There we get signs that point in the direction of Kaori’s illness early in the anime and it was an element that progressed together with the main story up until the end. So overall KK was just an unbalanced anime where they tried to put way to many things in a small anime.

So as a conclusion, this was not a good anime. It was everything but the picture that I had in my head when I started it. I wanted to see several storylines, centered around the convenience store interacting with each other until the pieces of the puzzle felt together. Now I got an unbalanced, below average animated romance anime that could have been so much more. So overall I’m going to rate Konbini Kareshi at 2,5 stars. It wasn’t as bad as for instance Sagrada Reset which I just wanted to stop watching but it was such a disappointment. Shame on you Studio Pierrot.

Here is the deal... fluff can be used to hide just about anything, and thats what is happening here. The illusion of a lack of character depth is something that has been appearing more as of late in romance anime, but we all know that it is not the case.

Characters are there, but the dialog eludes to them being distracted and kind of going with the flow of events. strong development is a constant, and yet it may not be in the correct direction.

Whatch it if you want to know what you'll be getting in the first episode, or if you want some fluff that may be leading to some thing with a bit more backbone.

A below average anime. Standard romantic-drama genre with a large emphasis on confusing emotions. Confusion is expected on teenage romance, but this is almost Citrus level character confusion. Plot moves at a very slow pacing. This anime made me sleepy a few times. Some important events that are introduced were not followed though. Albeit, a few scenes are cute. The characters are rather bland and below average. There isn't really anyone unique, it's a cookie cutter mold. (Mold "A" = Character "A".) Many important characters that are introduced were not expanded upon. There isn't any character growth, so get used to the original characters. Males are way too physically developed for high school. Towa's school uniform is a mystery to me. The school jacket placed over a dense (fluffy) hoodie, but then the hoodie arms are folded up over the uniform which wouldn't be possible unless the school uniform had much shorter arms. Animation and sound are average.

If you enjoy drama and are very board, then give it a watch.

So cliche to the point that the story doesn't go anywhere. The characters have no depth, and they tried to introduce way too many characters in the first episode. The only character I can describe is Toure but thats because he's a jerk. Nobody has any personality and it sucks. Dropped after only 1 episode, it was so bad.