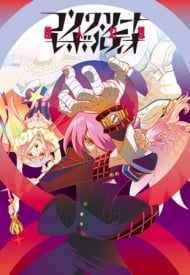 People keep on complaining that mainstream anime are not good yet still watch it leaving anime like Concrete Revolutio in  the dark where it rots alone no one noticing the power and originality it has. This also happens to be because bad anime like Kabaneri of the Iron Fortress which also happen to a freakish rip-off of some other anime get so over-hyped and over-rated that they enter the top 10 of nearly every list ever made and in the end,people end up hating the anime after the anime is finished airing unlike in which ConRevo’s case it was overshadowed by many anime that no one noticed it and probably never will. ConRevo unlike that tries to make a different approach to everything about superheroes and to a point nails it but what good is it if every one’s eyes are focused on over-hyped rip-offs? This makes me sad and to see that this anime on AnimePlanet is so underrated and that over hyped anime like Kabaneri and One Punch Man secure a 6th or 2nd spot on their all-time best anime list. Before this let me introduce to Studio BONES known and renowned for their animation and well denounced for their original story lines but what everyone failed to notice is that over the course of time BONES has improved their original story lines but no one notices. This might also be the reason that ConRevo was overlooked by many people. Short summary of the story and the story telling method used:- In a world filled with superheroes busy protecting the life of people who will look after the need of superheroes? That’s where the Superhero Bureau kicks in. They look after the need of the super human’s needs and stuff like that. But that isn’t the whole premise of the show. It has a much deeper story line with international politics involved and how they use the power of super humans in all wrong ways. And it’s not just shown in some rushed way but factors like riots, protests, and the superhuman influence on people’s life all play a major role to shape the story and make ConRevo what it is. But this is made confusing by the use of a non-linear story telling style(which was not needed) similar to that of Baccano and so it needs the viewers attention all the time or they will be lost and just sum up ConRevo to be yet another mess by Studio BONES. Character are all well developed, no one is a scared wimp yet they don’t cross the border and become annoying or hated punks you can’t relate to. The character designs apart from Jiro are all stereotypes but that doesn’t mean their character development is bad nor that they are undistinguishable.  Sum up of animation style, music and voice acting Animation is done by BONES so no worries there as everything is bright, smooth along with eye candy movements and backgrounds that with the added bonus to Studio BONES fight scene animation bump. What actually might put viewers off is the art style. It’s bright. So bright that it might seem childish. Characters are drawn in the way that they look like they came out of some kid’s anime. Everything is colored in pink and purple. Music is really good and mostly uses J-pop with rock type of tracks. Voice is acting is done well by Kikko’s and Jiro’s VA but everyone else is mediocre. Final Verdict Now ConRevo isn’t a master piece. It’s not even close to one. But it sure is a really good anime. Keep aside the unique art style it’s really great and you will enjoy it better than any other anime you find that is rated 2.845 on animeplanet. JUST GO WATCH IT.

Should you watch: If you’re in it for the looks, else no. Concrete Revolutio is a new anime produced by Bones. It has a Manga being published concurrently. The biggest theme in this anime is the definition of good and evil showing that the world isn’t black and white, more of a gray. This was done much better in Akame ga Kill. STORY: The earth is filled with super humans and other supernatural people such as ghosts. The majority of people do not know of their existence. The superhuman bureau is tasked by the Japanese government to deal with superhuman instances. With episodes usually begin with some event occurring and then towards the end will time skip 5 years into the future to see the ramifications of the characters actions. The first episode was really good, but that might be due to the animation. After a few episodes I just felt bored and watching it wasn’t interesting. While I did manage to find the fighting scenes very interesting, I just never cared about what was going on. ANIMATION: AMAZING! One of the most colorful animes I have every scene. Not only are the fighting scenes done really well, but everything is vibrant and colorful. would give 11/10, but thats not a valid score SOUND: pretty good. I really loved the intro and ending songs, but the other music wasn’t as good. CHARACTERS: While there are a decent number of characters, I can tell a lot more time went into drawing than giving them their personalities. Every person has some power and usually some secret/problem to go with them. I found the characters to be uninteresting. Even instances of some very minor characters deaths and the main characters reactions to it were just boring. OVERALL: I give it a 7.0 (top 50%). Its only redeeming qualities are the animations and songs. If you watch anime for just the looks then this is the perfect anime for you. But if you are looking for a deep story with interesting characters, then look elsewhere. There is a season 2 coming out in April. How that got approved, I do not know. 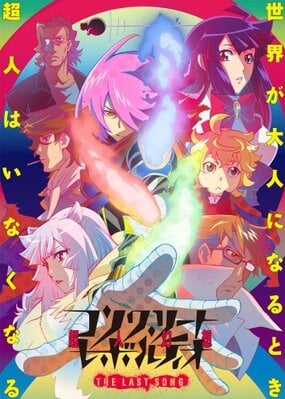 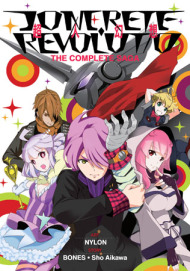