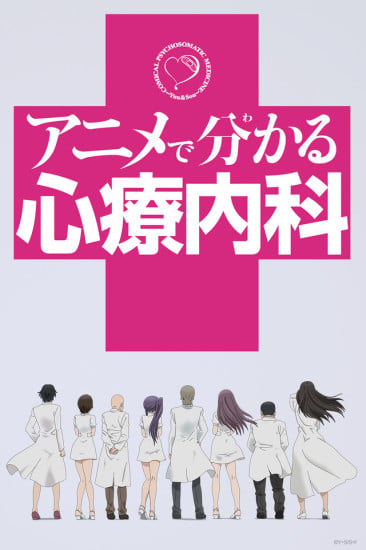 What may seem comical at first appears to be a very good way to get some real knowledge into people. Instead of just receiting knowledge back at people it is using the format that people know and trust. The first 3 episodes were full of the fun and comedy I expect of a good comedic anime, but I ended up learning information I didn't realise. I even ended up having some insight into how the Japanese treat the illnesses I already know in the West. All the episodes have spoken to me in some way too.

I'm not sure it could be longer, the length is designed for this format and could become exhausting if it was much longer. It would have to be toned back at which point it would lose it's appeal probably.

There's no real story, it's an anime 'documentary' is probably the best way to describe it... no? There's banter between the hosts, which can carry through between episodes. What kind of plot do you need from this kind of show?

It's entertaining and I liked the aspect of learning about illnesses and what not, but the constant jokes and innuendos killed it for me, plus Asuna's sisters that decided to tag along became a nuisance for me. This is supposed to be comical - just like the title shows -but it's joke after joke that it just too much to handle while trying to understand the teaching aspect of this anime.

Because these episodes are only 5-6 minutes long, plus the jokes and the information packed all together, it can be hard to take everything in and the constant babble can be too much.

Overall, nice mini lessons about the human mind and body. Too many jokes that are overflowing.

I bumped on this anime as a recomendation after watching I can't understand what my husband is saying. An average anime, in my opinion. The positive aspect about it is how it approaches mental health issues.