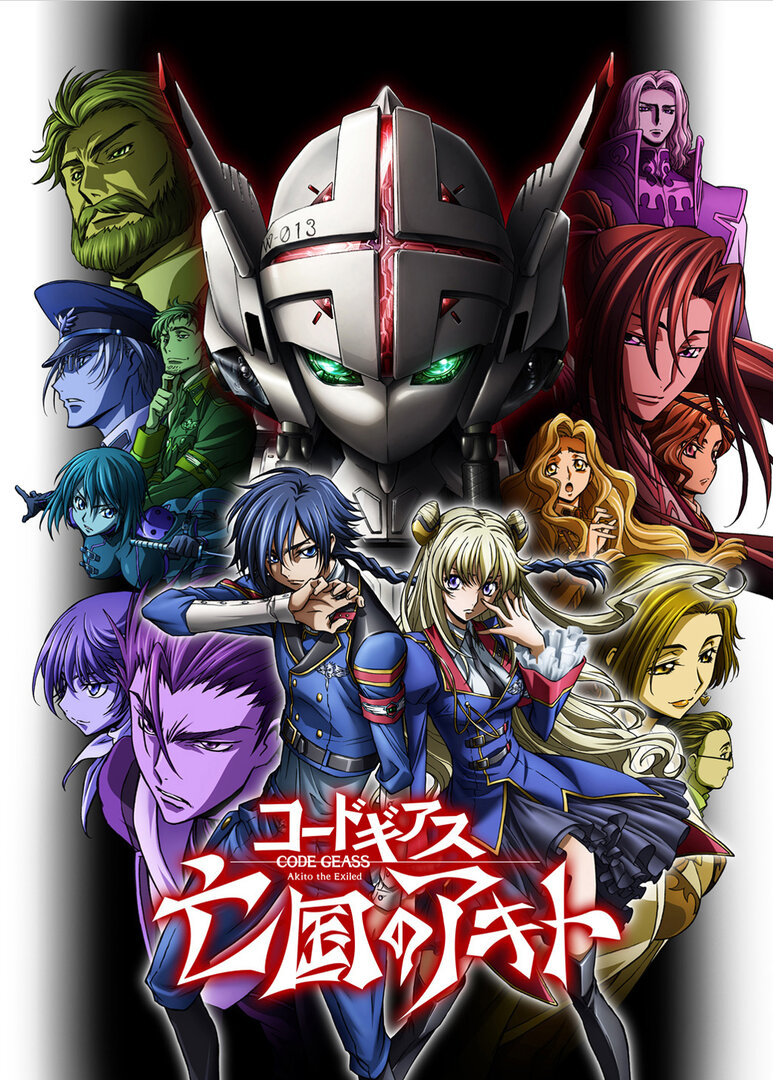 awesome animation work but nothing related to Code Geass series except the title.

too many geass users, no one use his properly though :) and with that happy ending i mistooke the genres to drama, romance.

so, if you are watching this expecting someone who's like lelouch vi britannia my advice: don't waste your time.

Review of the first movie.

The production values are good and of the same quality as Broken Blade. I wouldn’t call them amazing as the CGI still feels rough when combined with 2D. The action scenes are otherwise spectacular if you are fond of quick motions and stuff blowing up.

Akito is a 4 movie side story to Code Geass, chronologically taking place between the two seasons. It has some cameos from the characters of the main series but in all it can be considered a stand alone mission with its own cast.

The first movie is only the introduction to the setting and the characters. The European Union is fighting Britannia by using kamikaze Japanese pilots, one of which is an elite soldier and Geass user named Akito. The themes of the plot are very similar to the main series but focus a lot more on the war aspect and leave out all the rest of the school life and romance bullshit. I liked that; it feels a lot more focused this way and the duration wouldn’t allow a complicating script anyway. It deals heavily to the sacrifices that must be made for peace to return, and how many are willing to give up their very lives in order to achieve that. Themes regarding terrorism and honour are also present but are directly related with sacrifice and thus don’t feel as needless extra.

The biggest question is of course if this side story can work without the presence of Lelouch, who was the main attraction of the core series. The answer is no, if you liked the main story mostly for him. The new cast hardly feels as imposing or even important in the longrun, with very little time available for fleshing out. In fact, half the duration is technically wasted on action scenes that serve as nothing more than guilty pleasure with robot battles and stuff blowing up instead of investing time to get to know the characters better.

So the only way to like the side story is to be fond of its action and themes, and not so much of its character appeal, which is quite weak so far. You get an emo super soldier protagonist, ala Gundam Wing, some other youngsters who are fighting for revenge, and a bunch of military jerks who act like assholes and are ridiculed five minutes after they are introduced just to make the rest seem heroic. Too rough and dry characterization to appeal much. There is also a Britannian commander who seems to have the same Geass power as Lelouch, but I doubt he will manage to be much of an opposition. Hell, he already is at the point he orders people to just kill themselves and doesn’t use any (actual) mind games. In fact, there aren’t any field tactics or elaborate plans on sight in here. Not that there were that good in the main series but you were constantly made to thing there that the enemies were losing with something more than just raw power.

In all, it looks like a nice time waster but I don’t expect it to be anything great.

I absolutely loathe this 5-episode anime. The whole reason why I'm a huge fan of Code Geass is largely due to Lelouch and C.C., and this just felt like another branch of the franchise that really does not match with the original timeline. The plot aggravated me so much, and the new main characters are just annoying and rather weak. If you liked the original R1 and R2 of Code Geass, I highly do not recommend you to watch this. You'll only be wasting your time and your every expectation let down.