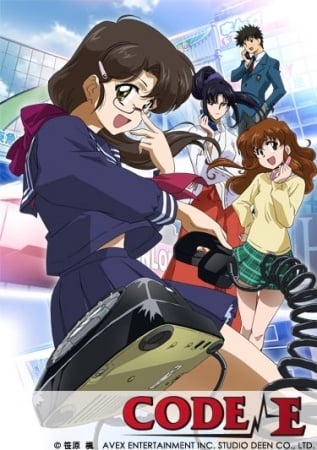 As of writing this review i'm still trying to decipher what went wrong with this anime..When i went in i trully had no expectations whatsoever but even so i still can't wrap my head around the fact that Code-E is by all means horrid,garbage,a true testament to mankind's violent self-destructive nature.If WW2 was bad this moved the goalpost even further.And i'm not kidding compared to Code-E the gas chambers were a welcome change of pace...Almost like a holiday.

Even from the get go i don't think any attempts were made at all to even conceal its' true nature and don't think that as the episodes went by things got any better cause they didn't..Ok imagine diving into a pool and suddenly hitting a black hole and suddenly you find yourself diving into the pits of hell...And here's the best part...It doesn't end..You're in a loop,diving forevermore into the wombs of nightmares.

If i could hit the rating to minus 100 i would without hesitation or breaking a sweat over it..And you might think that this kind of rating is an overkill but hell no it isn't.Any rating above the minus 100 mark would be preposterous,an insult to every bad anime i've rated almost just as low as this.

And remember this anime is from 2007 so it comes ready with some good-ish production value but everything else wouldn't cut it even in 1950's and the 50's were notorious for having washing machines with a little mouse called Jerry running in his little wheel to power it.And that kind of thing wasn't enjoyable to either you or the mouse cause it would take months to wash your filthy underwear and the mouse would be dead from exhaustion and you'd need to buy another one.And they were extremely expensive.There are better ways to do things and that's exactly the case with this anime,there are way better alternatives.

The characters give you the first hint that this anime is trully a failure in every aspect.Mediocrity would be an overstatement and as the episode count goes up so do their flaws.Chinami is the usual girl wearing glasses,is clumsy and screams like...Erm...A girl when a mosquito flies next to her. Then there's the science geek and surprise surprise the childhood friend of the geek...Oh yes there's also the cold,distant outsider..So there you go,cookie cutter characters in every possible way imaginable.

Don't get me wrong the anime industry is awash with generic characters but when the entire series lacks any character development whatsoever then what's the point?

So throughout the entirety of the series there's no character development even for the laugh of it and by the end of the series i didn't see any development in their interactions as well.One would have thought it's a common knowledge that in Drama/comedy anime to include actual characterisation and comedy.This feels contrived and like it was botched together by fish.

So the characters are unquestionably the worst the world has to offer,what about the plotline?

Well there's nothing to report on that front too..There's something there about finding out what Chinami’s ability is,but by the end of the series we learn nothing new or crucial.Midway through we are introduced to a spy duo but they barely get any screen time and don't get your hopes high about any background or motive...Ah yeah there was also this "mastermind" but he vanished to obscurity after a while for no reason at all,no explanations given.

And don't think that the end was anything grandiose by any means cause it wasn't..Now there's a second season and i can't for the life of me understand why..Why did they feel the need to continue with this monstrosity.

To sum it up,yes the music is good,the animation is also good compared to the 90's but even if it had the best-groundbreaking animation with nothing to back it up there's no point.I don't believe there's anyone out there anywhere in the universe who can possibly like this..Now run and don't look back. 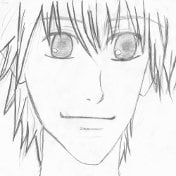 ...Well Code E was the first Anime i decided to watch til the End though it isn't worth to watch at all

but they messed it up pretty bad, you really feel like "im gonna beat those producers up"

We have a lot of stereotypical characters, some bad guys who really aren't that bad, a shy girl with problems, her rival and the guy

Im going to watch the second season just for interest, writting a review about it soon