Classroom of the Elite - Recommendations 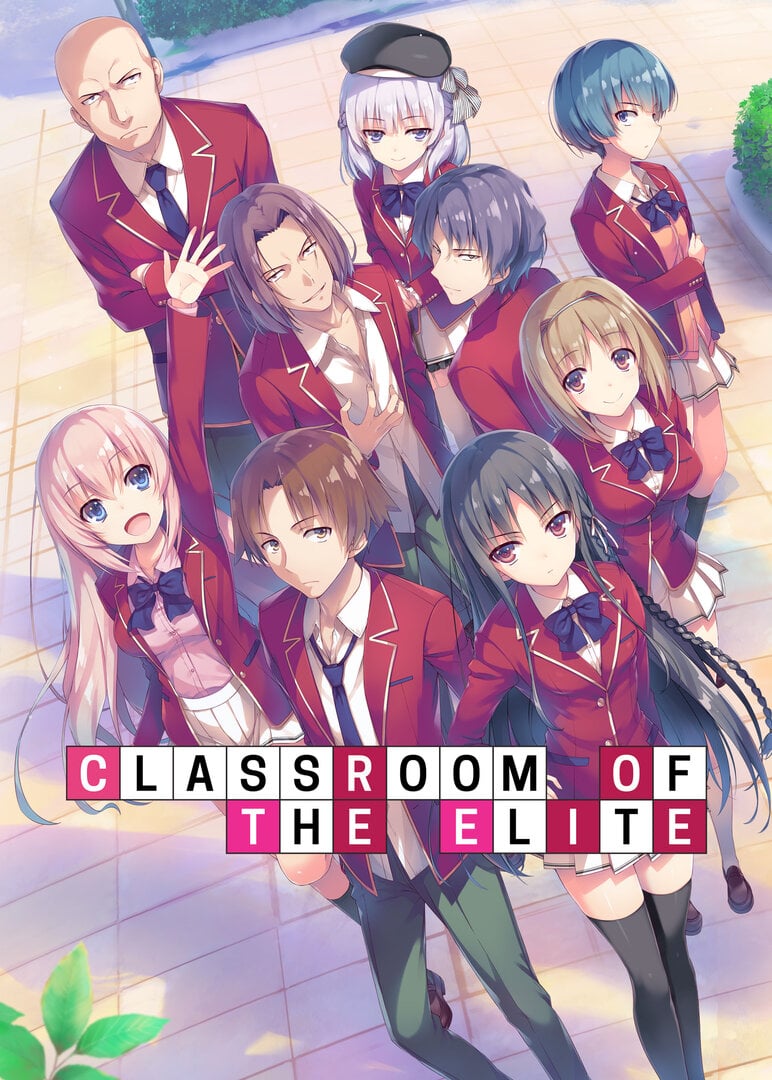 Shuu Kaidou is sent away to an all boys boarding school with a very strange rule: half the students must take turns to dress as girls!

In the gymnasium of a particular boarding school, singing a song had special meaning...

My name is Touno Touru and I'm attending to an advanced boarding school though nothing is special about me. And there is Shirakawa Yukine who is a famous girl in our school. Because she is too cool to be accessible, the nickname "Snow White" is attached to her. But somehow our paths crossed and I learned something crucial - the fact that she was a masochistic chuuni gamer called "Black Radiant Princess Kriemhild".

Rumor has it that there is a witch inside room 13 of the girls' dormitory, who lures innocent, unsuspecting girls into her room at night to perform indecent acts on them... In truth, the girl in room 13, Herazato Shie, is just unable to fall asleep at night unless she tells someone a story about the movies she has watched. So every night, she invites anyone willing to come in her room and listen to another of her stories about movies.

There is an urban legend that children tell one another about a shinigami that can release people from the pain they may be suffering. This "Angel of Death" has a name--Boogiepop. And the legends are true. Boogiepop is real.

A boy is raised by schoolgirls in a boarding school for girls.

Sudama Tamako is a very intelligent girl with a strong personality who is studying at a boarding school. One day, her uncle suddenly steals all of the money that her parents left her and runs away. Tamako has no other choice but to withdraw from school. Just before she leaves, she confesses to Katsura, a very gentle guy from her school, but he says to Tamako that he cannot accept her feelings because he can't have a normal relationship, due to some personal issues.While Tamako is wandering around the streets, she meets a businessman called Katsura Seiji. Tamako tells him about her situation, and he offers to help her out financially with the condition that she would work for his company after she graduates from university. A few days later, Tamako goes to Seiji's house to help him clean. There, she finds out that Seiji is actually the older brother of Katsura and Katsura's biggest secret…!?

One day, 25-year-old Hasegawa Ryou wakes up to see a holographic screen floating in front of him. The screen prompts him to save/load files and an item shop, as well as his stats. It seems like he’s been sucked into some erotic love game, since his stats depend on seducing women and “capturing” them. After finding a target and going through game-like options, Ryou thinks he knows what he has to do to “capture” his target. Surely he needs to have sex with her, right? And yet when the woman turns out to be a murderer, Ryou finds out the shocking truth: he has to capture these women and unveil their secrets! And if he fails, he dies...