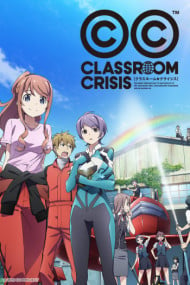 With aims to one day reach out into the stars, humanity has colonized all the planets of the solar system. This story of young high school hopefuls is set in Fourth Tokyo in a Japanese Martian prefecture. Iris Shirasaki is a third year student/aspiring test pilot. Mizuki Sera is her peer/mechanic and Mizuki's brother Kaito is their homeroom teacher and the young director of the program developing their talents.

Classroom Crisis is an original anime composed by Fumiaki Maruto, the creator of White Album 2 and Saekano.CC is a classic battle of two families. Romeo, with the Montague's, and Juli... Wait, wrong story.On one side we have the Kiryu family. The Kiryu's are a strict business-focused family, of which the three brothers fight for money and supremacy. The Kiryu family is represented at first by one of our lead characters, Nagisa Kiryu, who is basically Kuroneko's dream version of Kyousuke Kousaka. His two older brothers take on the roll for most of the show however.On the other side is the Shinamiya family, a family that has actually died out. It's represented in spirit by our other lead, Kaito Sera, the result of getting Flamen Blue's voice and putting it inside Flamen Red's body.The Shinamiya and Kiryu families once worked together on a revolutionary rocket engine as part of a group named A-TEC, eventually leading them to create the Kirishina Corporation, a company that focuses on space travel. They followed the Shinamiya principle of working to bring smiles to people's faces. When the Shinamiya family fell from grace, and the Kiryu family took over, that principle was thrown aside, and profit became the only goal of the company. A-TEC, once life and soul of the company, now a classroom of engineers and planners, comes under fire of higher management. They must survive budget cuts, keep faith in their future at A-TEC, and fight the money-obsessed Kiryu family! The class of A-TEC are just the most adorable group of friends ever. A lot of them are undeveloped, but they are cleverly shown reacting to each and every situation, in a cheesy Disney movie way. Even though a large portion of the cast we see don't get much time dedicated to them, we are shown their personalities, preferences, friend groups, and all the good stuff. The big two class members, Mizuki and Iris, are the standard mix of social and antisocial. Mizuki does everything to keep others happy, while Iris only cares about making Mizuki happy. They start off as tropes, but as you'd expect, they evolve as the series progresses. I wasn't overly happy with how Iris was "developed" because it felt very drawn out at bad times, and very sudden at the wrong times... She felt added-in. Mizuki however was very well done.The teacher of A-TEC, Kaito Sera, is the gung-ho guy. He tries to follow his unrealistically happy morals at every corner. He's a big kid, and that earlier comparison between him and Samurai Flamenco is actually a good one to make. I think that this style of character is easy to write correctly, and it's been done a lot in anime, but I always welcome it. Kaito is a fun guy.Nagisa Kiryu is probably the character the show focused on most. He gets the best treatment and the most screen-time, and it shows. He guides the story the most out of all the characters.The story of this show is certainly the highlight. It's a strange mix of cheesy friendship fun, Chuuni action, and commentary on Japanese politics, and since this is Fumiaki, there's some romance too. The title of episode 8 sums up the series perfectly... "Money, Elections, and School Festivals." It's silly enough to stay bright and easy to watch, but it's serious enough to make me care about what's happening. That's a hard balance to find, but Classroom Crisis does it.The show was produced by Lay-duce, a studio I don't actually know... So it's surprising to say that the animation is some of the best this season. It is very consistent in quality, makes good use of both bright and dull colors, and is just pleasing to look at. There is some reeeaaally nice camera work too. (Wait... Can you call it camera work in anime? Oh well.) Some of the angle choices are cleverly made to reflect or hide certain things, and the positioning of characters helps make up for their lack of direct charadev.The show has what is possibly my favorite soundtrack of the season. It's strangely nostalgic to me. I'll be picking up any ost they throw out. This includes the OP and ED.  The OP is very formulaic. Veeeery formulaic. For some reason though, I can't hear that "Hatenai sora" without getting hyped up, so it does a good job.The ED is the crux of the nostalgia this show's music gives me. I love the instrument choices. It's kinda sci-fi, but very old school at the same time. The singer sounds like that too. Props to ClariS for that.Mixed with the old style of placing still images on one side of the screen while the credits fade in and out of a black background on the other side, and I'm in love. The image choice is very nice too, especially that shot of Mizuki pulling Iris out of the shadows. They were very smart in using the ED as a chance to add more history to Mizuki and Iris. It's an ED that adds development to the show. By skipping it you are missing out on crucial information... and I love that. So with all this in mind, Classroom Crisis gets my ED of the season award.I think all of that should give you a good idea on my opinion of this show. It is very very good. It's definitely the most under-appreciated show of the season, and it's a shame. If people actually gave the show a chance, I think it'd be one of the most popular shows this season, and maybe it'd sell well enough to get a second season. Right now, that looks very unrealistic, but I'd love it if that did happen.Second season when!?

This is the type of anime where it only becomes interesting later on. there are some technical stuff and political crap but i dont think its too much. romance wise is really very mild, but seeing the characters grow is probably is best part. if there is a season 2 definitely will watch! really appreciate the op btw XD 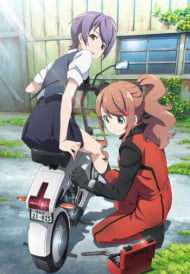 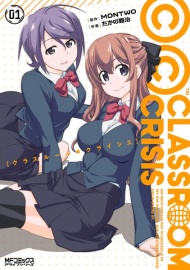 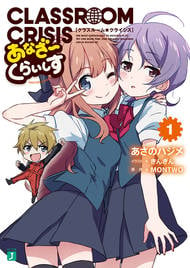 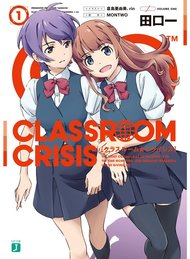