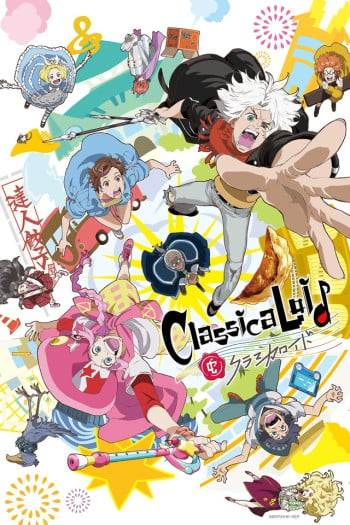 Now, decades seperate these two in terms of animation, but they share something very powerful in common. The power of music. In Classicaloids, the musicians can summon landscapes, create clothes, and do all sort of things with magic. Gauche can affect animals and his surroundings with his cello. Both show a form of magic music. If you like one, check out the other. The comedy is a little different in each, but I think you'll find them to be... harmonious.

A Journey Through Fairyland

Michael is a young oboist at a conservatory and a talented gardener, but as he prefers the greenhouse to the obo his skills as a musician are lacking. He saves a potted plant and is thanked by Florence, the flower's fairy. She gives him the Semper Wand, which allows him to follow her into Flowerland – a world populated by a whole host of creatures, including a mischievous goblin who wants to conduct with the Wand. It is a world of wonder, ethereal beauty and music - but is threatened by the changing of the seasons. Can Michael save this world? Does his music career have a future?