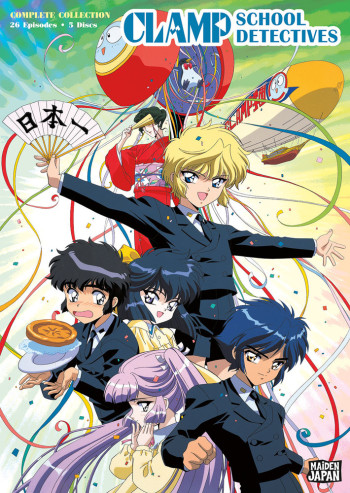 Hotel detective Doll is assigned to protect the president of the United States during his stay at the luxurious Sunrise Hotel. While assisting a hotel guest who has fallen ill, she discovers and kills an assassin, but something tells her the danger isn’t over yet…

Where there are people, there is drama and troubles to be solved. Marnie's father works as a detective to solve problems created between people, whether they are marriage issues or murder cases. Just like her father, Marnie also solves cases as long as the price is right. She usually lives as a normal student, sleeping through her classes, but once a client asks for her help, she will stop at nothing to solve the mystery laid before her.

Touma Sou graduated from MIT, but he comes back to Japan because he wants to know how it feels to be a high school student. On the other hand, Mizuhara Kana is a strong girl who loves sports. Together, they are partners in solving cases that happen around them.

The return of the famous teen detective, Kindaichi Hajime. With his keen intellect and sharp wits, there is no case he cannot solve, in the name of his grandfather!