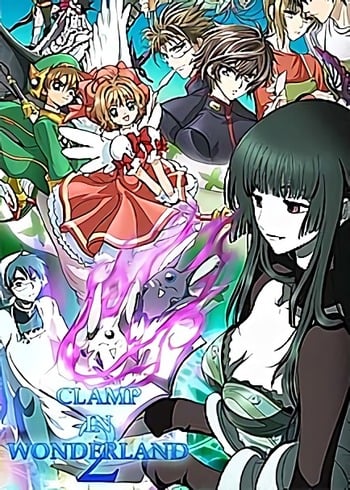 Both these are beautiful music videos, created by well-known companies (CLAMP, Ghibli). The art, music, and characters are very well done. Plus, they are both very short, so a fan of one should check out the other!

Both of these are adorable music videos that guide you through a crazy and beautiful world with cute characters and minimal plot. The music is also similar; very happy and upbeat. If you really enjoy one, definitely check out the other.

If you liked this music video, you might also like Wish, which is another beautiful CLAMP-made music video featuring characters from the manga-only series "Wish".

If you liked this music video, you will probably also enjoy the Clover music video. Clover (also done by CLAMP) features characters found in CLAMP in Wonderland, and is based on the beautiful manga series 'Clover'.

Alice's journey to Wonderland begins with a shopping trip to London where she buys a dusty top hat. Inside this hat she discovers Benny Bunny, a rabbit who escorts the little nosy girl to his rabbit hole, invited her in, and off she goes to Wonderland. In this land of surprises Alice meets numerous strange and whimsical inhabitants.